Another week, another shock horror EU bashing story comes courtesy of the Daily Express, supposedly the flagship title of Richard “Dirty” Desmond’s media empire. This time, we are told that the rotten Eurocrats are coming for our coffee machines! They’re going to make them switch off! Our coffee will go cold! Why oh why oh why can’t we be free from these meddling foreigners?!? 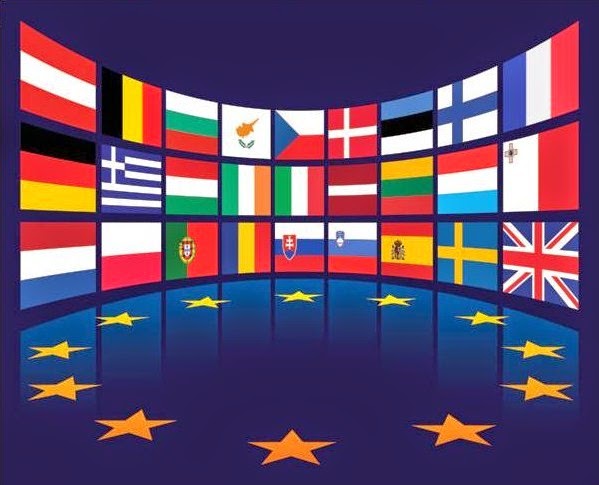 “Meddling EU slaps rules on British coffee pots ... FIRST it was the bananas but now EU bureaucrats are turning their attention to our coffee” screams the headline. Bananas? “It is the latest in a series of heavily criticised EU strictures, including a bid by the union to impose limits on bendy bananas”. Bullshit. That’s another in the long line of Euromyths (see HERE). So what’s the coffee problem?

“Busybodies in Brussels are reportedly demanding that British coffee machines automatically switch off shortly after a pot is brewed. The new rules sent to manufacturers are designed to save energy. However they could see millions of Britons forced to endure tepid cups of drip coffee”. And they could not. And nobody in Brussels is demanding anything. But do go on.

“Under the latest Brussels release, domestic filter coffee machines will have to go into standby mode five minutes after the pot is ready to be drunk. Only machines with non-insulated jugs will be allowed 40 minutes before the standby kicks in, reports have said”. And who is the talking head condemning this move? Yes, it’s someone from the Get Britain Out campaign.

Fortunately, the European Commission (EC) in the UK got the facts in before the Express reported: “This decision to introduce energy efficient coffee machines was supported by consumer and industry organisations and voted for by the EU member states, including the UK. It is not going to affect older coffee machines that people already have in their homes”. So what’s the deal?

“Coffee machines on the market after January 2015 must have an energy efficient option by having an eco mode that puts the hotplate or element into standby after a certain period, thereby saving on electricity bills. The eco mode will be the default mode of the coffee machine but manufacturers are free to create a non time-limited option alongside the eco mode – thereby leaving choice open to the consumer”.

Are there really any savings, though? “Insulated jugs that maintain the coffee’s temperature and aroma play a big part in this modern technology and the annual energy saving projections are enormous – equating to the output of one medium sized gas fired power station”. What you will not read in the Express, which, as with any EU scare story, wants to keep its readers frightened and ignorant.

Still, it moves a few more papers, so that’s another Benchmark Of Excellence!
Posted by Tim Fenton at 10:46

I would have thought that the Express demographic still made coffee by boiling it with milk and water in a saucepan.

Coffee? Any Englishman worth his salt would drink TEA! ;-)
Anyway, Germany is a nation of coffee drinkers. Does the Express expect us to believe that Germany would approve something that is against their interests?

Another lie by the eurosceptic press, if they want to campaign for the Brexit please do it truthfully...