Nick Davies noted in his seminal book on the press Flat Earth News that, with the Daily Mail’s libelling of its targets, “facts are swept aside or distorted; the story is published; the subject of the story then complains and is confronted by the wealth and cleverness of the Mail which will fight them right up to the point of final defeat, when, if need be, it will surrender and offer some kind of deal”. 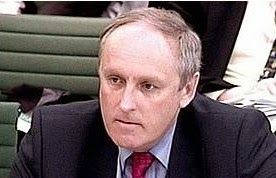 Why would the paper keep on doing this? “because the penalty is no match for the rewards of the behaviour which is being penalised ... Brilliant and corrupt, the Daily Mail is the professional foul of contemporary Fleet Street”. And, with the latest example of that professional foul being the libelling of author Jo Rowling, we see the use of this bullying tactic to pursue a particular agenda.

As Press Gazette has told, “The paper admitted liability under the ‘offer of amends’ procedure in the Defamation Act. But it has yet to agree what damages to pay Rowling and it has challenged her right to make a unilateral statement in open court about the matter”. So, although the Mail has owned up, it is still trying to drag out the process – as Davies described in his book.

So what was the Mail’s story? Ms Rowling’s lawyers asserted that the paper had “given a knowingly false account of her time as a single mother in Edinburgh in which she falsely and inexcusably accused her fellow churchgoers of behaving in a bigoted, unchristian manner towards her, of stigmatising her and cruelly taunting her for being a single mother”.

Worse, “She said the paper had misinterpreted he a piece Rowling wrote on the gingerbread website and then failed to inform her about the detail of the allegations when it contacted her in advance of publication”. So what has Mr Justice Tugendhat made of the paper’s attempts to stall for time?

“Having carefully considered the correspondence from both sides, I have concluded that there is no sufficient reason for refusing permission to the claimant to read the unilateral statement in open court in the form of the draft submitted with her application notice…The resolution of the claimant's complaint, which was eventually admitted to be well founded, has taken far too long already” [my emphasis].

And what was the point of the Mail’s defamatory article? Simples. Jo Rowling has passed consistently adverse comment on the activities of papers like the Daily Mail. She appeared before the Leveson Inquiry. She has since signed the Hacked Off “Leveson Declaration” on independent press regulation. She is a well-known and deservedly popular author. Therefore she is fair game for the Dacre doggies.

Once again, the message goes out: don’t diss Dacre, or the legendarily foul mouthed bully will set his paper on you. But this time it didn’t work. Well done Jo Rowling.
Posted by Tim Fenton at 12:53

Also, she is outspokenly in favour of the safety net of benefits. She doesn't use dodgy accounting tricks and offshore structures to minimise her own tax bill, because she knows without the state providing support when she needed it she could not have gone on to achieve the success she has.

However, she doesn't make the consequentialist argument that maybe one of those on benefits now will later have the same success she's had. Oh no, it's much worse than that. She argues that caring for those unable to care for themselves is a moral duty. Her taxes certainly support many dozens of people now suffering the deprivations she once did and she willingly pays them as the price of living in a civilised society.

This cannot be allowed to go unchallenged, but it's a tough argument to counter directly. So naturally those fine exponents of the "professional foul" resort to "playing the (wo)man, not the ball".

The Mail's lawyers were clearly desperate to make this as much of a non-apology as they could, trying to stop Rowling's lawyers making an open statement in court pointing out that the article mean precisely what the Mail obviously intended it to convey. They have to have known that this was a pointless fight on its merits, and even more so against someone like Rowling who has demonstrated more than once that she is just not going to be pushed around by the likes of the Mail. You have to conclude that they carried on with this fight because someone at the top just couldn't bear to make a genuine apology to her. Who could that be, I wonder?

My money is on a massive Vagina Monologue around the Mail's offices over the last few days.