“Today the European parliament have voted to abolish all roaming charges from 15th December 2015, as long as it gets full approval by all the individual governments. The vote was 534 to 25, so heavily in favour, possibly due a recent survey that found 94% of Europeans travelling limit the use of the web when travelling in Europe due to the cost” told Phones Review today. So that's good news for most people ...

That’s on top of the other good news – a single design of charger for mobile devices on sale across the EU, which, given the size of the market (EU member states together represent a larger economic unit than the USA), will mean that standard is adopted in many other markets across the world. So one might have thought even the most committed anti-EU voice would acknowledge the achievement.

Sadly, hovering above the head of Dan, Dan the Oratory Man was a big black cloud with GLOOM in big letters on it. For Hannan, nothing, but nothing, can be good about the hated EU – well, apart from that generous salary, allowances and expenses he trousers in his service as an MEP, that is. So while congratulating Nigel “Thirsty” Farage on his debate appearance yesterday, the spin was duly applied. 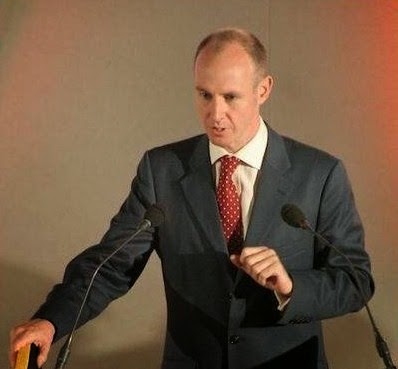 ... but not in his retelling

“Clegg made much of the fact that the EU is abolishing roaming charges for mobile phones. No more shocking bills when we upload our holiday snaps to Instagram or Tweet from Tuscany. Except that, in order to make up the shortfall, the phone companies will need to charge more than they otherwise would in their general tariffs” he told. And, as the man said, there’s more.

“In other words, the EU is obliging non-travellers to subsidise travellers. Teenagers on housing estates in Sheffield will end up paying higher bills so that Cleggie can have cheaper roaming when he's in Brussels or Spain”. But one look at the Guardian article that Hannan has cited shows that he is, once again, suffering from an incendiary trouser situation.

Here, we learn that “operators have warned that bills could rise domestically to pay for the change ... a coalition of networks representing 45m consumers has warned that the legislation is so badly designed that the cost of domestic calls could rise to pay for it”. And the complicating factor? “The wholesale prices that operators charge rivals for customers to roam on their networks needs to come down”.

So it’s “could” rather than “will”. Daniel Hannan cannot even transcribe from a press report without telling whoppers. And then he wonders why politicians are not trusted by the public. Away with you Dan – we’re not all as gullible as the audience on Fox News Channel (fair and balanced my arse).

[UPDATE 1850 hours: I am indebted to Jack Schickler for the Twitpic which you can see HERE.

This shows that, although roaming charges across the EU fell between 2007 and 2012 by 33%, domestic costs did not, as Daniel Hannan has suggested, rise: instead, they fell, although by "only" 27%.

So that's another nail in the coffin of yet another phoney Hannan frightener. Must try harder Dan, those pesky facts just keep coming back to bite you]
Posted by Tim Fenton at 17:33

"a coalition of networks representing 45m consumers" , err, is that just UK? Because if it's 45m across the whole of the EU it isn't a very impressive coalition.

And if it is only those in the UK what is the view of the rest of them? If they agree then we might take it seriously but if they don't it raises questions about the "coalition" - or should that be cartel?