The Super Soaraway Currant Bun has a new hero: an MP who agrees with their less than benign owner’s stance on regulation of the press. The Murdoch hacks like John Whittingdale so much, in fact, that they have given him a column in today’s edition and made him their “Hero” of the past week. This, for them, is a leader they can rally behind in promoting their new reality. 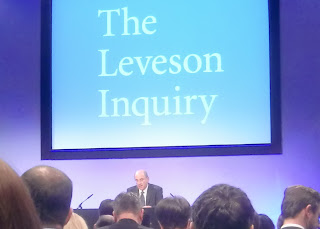 Sadly, though, Whittingdale is in a minority of one, and the Royal Charter Flyer departed several weeks ago. Yet in its promotion of his alleged heroism, the Sun has trowelled it on: the press had “published their own proposals for tough new regulation but, crucially, without any political interference” and the party leaders “were left stunned”. Sounds better than “meh”, I suppose.

Whittingdale “has set an example for his colleagues to follow” concluded the fawning tribute, but all the time there is the false assumption in play – that the matter is still there for discussion. It is not. Parliament has signed off on the Royal Charter and a number of amendments, not least of which is that exempting bloggers who still have the choice of “opting in”. The train already left.

Exactly what prospect the brave new Royal Charter world of the Sun and its fellow titles has of ever seeing any effect on the statute books has been assessed by Claire Enders of Enders Analysis, whose conclusions have been published on the LSE Media Policy Project blog. It does not make happy reading for the Murdoch, Rothermere, Barclay Brothers or Desmond press.

The Royal Charter agreed on 18 March made two concessions to the press, unlike the 12 February original, for which Ms Enders identifies seven areas where ground has been ceded to the Fourth Estate. The 25 April Royal Charter yields to the press in a further twelve areas. It is nowhere near meeting the criteria proposed by Lord Justice Leveson (I’ve previously called it a reheating of the PCC).

But perhaps it will gain favour when put before the Privy Council? Don’t bet on it: Ms Enders’ assessment is that “we are sceptical that this Charter will get any real support in Parliament. It is further away from what Leveson recommended than anything that has gone before”. Labour and the Lib Dems, together with some Tories, will be able to see it off. It is therefore a non-starter.

Ms Enders concludes “We have yet to hear an official response from the Conservatives or Liberal Democrats, but have seen indications that they will reject the industry proposal”. So the plea from Bozza’s sister Rachel in the Mail to let the press be (which means more and bigger paycheques for Herself Personally Now and tough tittie for whoever gets shafted) is likely to fall on stony ground.