Editors ordering the relaying of the latest pearls of wisdom from Education Secretary Michael “Oiky” Gove must have stopped and wondered, if only for a moment, knowing that he was talking out of the back of his neck. There should be shorter school holidays, Gove decreed, as this was a throwback to a predominantly agricultural society, and we had to move on. 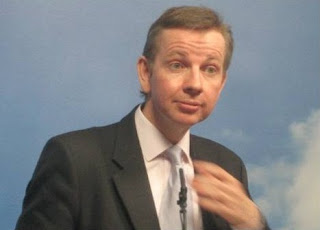 We had, so “Oiky” proposed, to be more like countries like Indonesia, South Korea and Japan. Really? So he’s wanting the UK, with 2% of males and 1% of females working in agriculture, to be less of a throwback to an agricultural society by aping Japan (where the figures are 5% and 6% respectively), South Korea (10% and 12%), and Indonesia (41% and 42%). Yeah, right.

Compounding the inconvenient facts ranged against Gove is that fact all those well-remunerated editors and pundits aren’t letting slip. The overwhelming majority of those who are parents with school age children send them to private schools, and they know full well that, far from having shorter holidays, these schools have rather longer ones than those in the state sector.

This was let slip yesterday not by some rotten lefty, but by Anthony Seldon, master of Wellington College, who has reminded “Oiky” that “At Wellington College we have 19 weeks of holidays, compared to 13 in state schools, which Gove wants to cut still further”. That’ll be probably eight weeks in summer, with four at Christmas and Easter, and the rest at half-terms.

But aren’t we supposed to learn from the example of places like Wellington, and especially heads like Seldon? Well, if we are, then Gove is the one who ought to be paying attention. Because Seldon is consistent in not being overly keen on copying the methods employed in the Far East: “you find that Asian schools are dull, dull, dull” he laments. That’s why their educators are looking to the UK.

He also points out that shorter holidays are what harks back to an agricultural society, not longer ones. And he worries that children are being subjected to a school environment where everything comes down to instructing pupils on how to pass exams. But Gove wants more “demanding” exams, and he remains firm in his belief in rote learning and cramming kids full of facts.

And on top of that, it turns out that the Far Eastern countries that “Oiky” wants the UK to emulate may have longer school terms, but they manage less class time overall, so presumably the school day is significantly shorter. Whichever way you look at this latest proposal, it looks once more as if Gove has not done his homework and is just shooting from the hip to wind up teachers and their unions.

That is no way to treat the formative years of young people. What a shower.
Posted by Tim Fenton at 12:55

The thing is, I've been told that, for children from the most challenged sectors - i.e. parents with low levels of education, very little parental involvement in education, etc. - all benefit from more time spent at school.

Whereas 'rich' / 'middle class' children all improve and learn measurably during long holidays, many children from disadvantaged backgrounds apparently stand still at best.

This is obviously a massive over-simplification, but it's a good example of a possibly not bad idea being badly presented.

Some of the issues around how children spend time outside of school hours *were* being addressed by the "extended schools / services" work initiated (and funded) by the previous government. Schools were required to be participating in this by 2010. It was.

Here is a link to a study of the impact of extended services in Kent. ( http://www.canterbury.ac.uk/education/quality-in-study-support/docs/news/KCCExtendedServicesImpactreportpdf.pdf )

Guess who scrapped it?