How The Mail Lured Paris Brown

Russell Myers is a reporter for the Mail On Sunday (MoS). He began his University degree course in 2001, which makes him at least 30 years old. And he has, by his own admission, spent a lot of time recently poring over at least six months’ worth of messages on a 16 year old girl’s Twitter feed. Because Russell Myers is the hack who lured and entrapped Paris Brown. 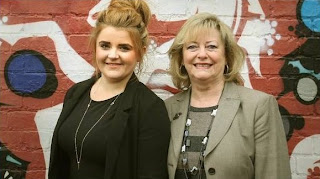 Those who have only seen the TV reports of Ms Brown’s resignation from the post of Kent’s Youth Police and Crime Commissioner may not know the backstory beyond the MoS front page splash last weekend. What most observers of the affair will not know is that the paper acted in a way which will make even seasoned observers of tabloid misbehaviour sick to their stomachs.

The MoS story had been planned for some days beforehand. Myers would have been an ideal choice for its writer: 30 years old is as close to “youth” as can be found in Northcliffe House, and his first job in journalism was on the Kent Messenger. He would have been keen to impress, too: with Paul Dacre closing on the exit door, there could be a lot of deadwood on the way out very soon.

But Myers did not just pore obsessively over Paris Brown’s Twitter feed, and here is where the nastiness and dishonesty comes in. The MoS then contacted Ms Brown and set up a photo session with her. This took place on Saturday morning. She then went off for a chat with a journalist – presumably Myers – happily believing that the novelty of her role was going to spark a nice human interest story. 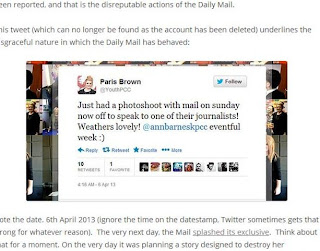 We know this happened because librarian and blogger Ian Clark got a screen grab of the @YouthPCC Twitter feed before it was closed down. What Ms Brown was not told was that her personal Twitter history had been selectively trawled, and that the story would be about that. That is why I used the terms “lured” and “entrapped” – because that was the name of the game. 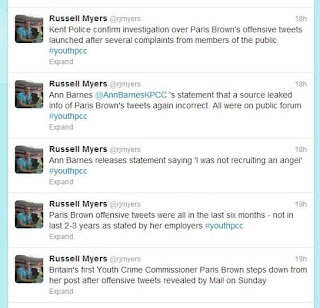 He's as happy as a pig in the proverbial

It got worse after the story was splashed: Myers then spent a significant amount of time telling anyone who was listening to “look over there”. He confirmed that he had not been tipped off, which only makes his behaviour look creepier. He also confirmed that he had gone through six months of Paris Brown’s Tweets. And, in truly barrel-scraping mode, he sought to pin the blame on Kent PCC Ann Barnes. 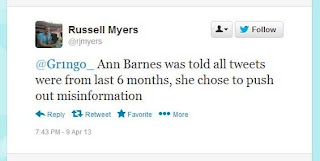 A big boy did it and ran away!

Ian Clark registered his disgust at the MoS: “On the very day it was planning a story designed to destroy her reputation, it invited her up for a photoshoot and a chat with one of their journalists”. Yet again, when you think the cheaper end of the Fourth Estate can’t get any lower, it proves you wrong. Not only are the Dacre doggies preying on teenagers, they’re too yellow to admit it to their faces.

Don’t go to the papers. And never, ever go near the Mail. You have been warned.
Posted by Tim Fenton at 10:55

Far be it from me to defend the Mail's journalism but what you're describing here doesn't sound so very awful. It's not clear from your story that they definitely stitched her up about the photo: she may have only assumed that the story would be positive, which is her problem. And since her Twitter feed is by definition in the public domain, I'm not sure it's fair to make 'trawling' her tweets of six months sound so evil.

At the end of the day none of the adults in this story come out well, Ann Barnes has thrown a 17 year old girl into the media spotlight and effectively ruined her future career because of some stupid things said on Twitter. On their part, the Mail have been as classy as ever, again trawling through the gutter in the name of "public interest"

So , the problem is the AGE of the writer? His alleged fear of being laid off? His initiative?

This is nonsense. The girls tweeted some very stupid things and pays the price for it.

Shooting the messenger much?

Twitter was an extension of her own voice. Tweeting those thoughts made her vulnerable to this kind of action. If a 16 year old doesn't understand Twitter and the implications of "bad stuff" being Tweeted, she shouldn't have accepted a high-profile PCP role. Whatever one of those is.

Once again, she's a knob.

P.S. And The Mail are cunts.

The point here Torsten is that they entrapped the girl so they had some nice pics to go along with her Expose. It's perfectly ok to shoot the messenger if the messenger was cosying up to the person they are planning to destroy.

I think this article is intended to highlight the devious ways the hacks at The Mail operate to get their stories.

I'm just gonna trawl through a childs Twitter feed hunting for some dirt, morality much?

'would have been keen to impress his bosses'.. I think there is more conjecture in this article than fact. Jealously is a bad trait that only a handful of people will read this article and thousands will read Mr Myers'.

Was it The Mail's decision to sack Paris? No, if the Met had a more stringent recruitment policy there would be nothing to 'dig up' on Miss Brown. This has shown other children to not voice their racist, homophobic beliefs as Miss Brown did and rightly so

Why is littlejohn still in a job. The mail are hypocrites.

Maybe this blog article is about the underhand way the Mail operated here; & one does not wish to seek to defend that.

However, surely it was a ridiculous notion to appoint a 17 year old teenager to this position in the first place as most teens would simply not have the life experience or maturity to handle the position or indeed to garner respect from other sections of society.

and anonymous at 16.07 never - repeat - never said anything stupid, repulsive or regrettable at the age of 16? no sirree.

we all know the real reason why the mail went after this woman and so - I suspect - do you.

you'll have to stump up a monthly subscription when the mail goes behind a paywall, but money well spent, eh?

There has been a massive failure by Barnes' PR advisors. A look on her website shows she's paying two supposed social media experts £6 grand a month for a couple of days per week. They should have resigned, not Paris Brown and not Ann Barnes. They are now a laughing stock.