It will come as no surprise to Zelo Street regulars to learn that the perpetually thirsty Paul Staines and his obedient rabble at the Guido Fawkes blog have not only been expending an unfeasibly large amount of time and money trying to “get” a politician whose presence displeases them, but that they are also about to come away empty handed. Their latest target is Chuka Umunna, MP for Streatham. 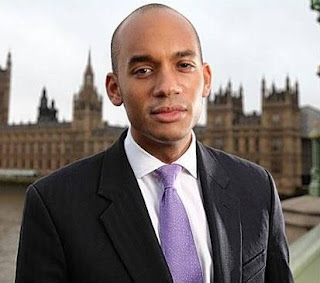 Umunna represents Labour, which is an immediate affront to The Great Guido, and is also young and already well-off. This enables the Fawkes rabble to characterise him as a “champagne socialist”, and this, together with the invented catchphrase of “two faced Chuka” has fed this weak and feeble campaign and its eager reception by Staines’ new bosses in and around the dunghill that is Grubstreet.

The substance of the supposedly damning dossier emanates from Umunna allegedly making a dismissive remark about some West End clubs. This is then hopefully equated to what Andrew Mitchell didn’t actually say to Police in Downing Street, except of course Umunna didn’t say it about owners or the clubs themselves, and said it some years ago.

Then someone at his workplace may have edited his Wikipedia entry. The Great Guido alleges Umunna is that person, but as usual he has nothing to back it up, and none of the MSM will go with what they can’t stand up. So the Fawkes folks have to fall back on comments in PR Week and a few Tory MPs with nothing better to do. Umunna as a result was not seen to quake in his boots.

Next came the “£1 million Ibiza hideaway” story. This is rank hypocrisy: Staines and his wife own not two, but four properties, yet they sneer at anyone they don’t like having more than one. And in any case, Umunna does not own the Ibiza villa. So it’s called the White House? Hey, there’s a whole village called that in central Portugal. Does Staines think the inhabitants are all Obama wannabes? Idiot.

This badly constructed soufflé then reached its high point with a hatchet job on Umunna by the Daily Mail. But it’s thin, lame stuff. All anonymous “sources”, and just recycling what the Fawkes blog has already tried, and failed, in its attempt to damage its target. And the supposedly spontaneous letter from West End clubs complaining at Umunna’s comments turns out to have the Tories’ fingerprints on it.

What the Chuka Umunna hatchet job shows is that Staines and his pet rabble are sources of pisspoor accuracy and reliability, and that their pals in the Fourth Estate, and in the Tory Party, are so desperate to discredit any perceived Labour rising star that they have become careless enough to be rumbled. The result is that Umunna emerges unscathed, and his opponents put the ball in their own net.

The Great Guido is full value for his 4% positive trust rating. Another fine mess.
Posted by Tim Fenton at 11:22