There were elections on Thursday, although few outside Crewe will have known. These were for the new Town (or Parish) Council, which came about following the local Government reorganisation which abolished Cheshire County Council and turned the county into two unitary authorities – Cheshire East, and Cheshire West and Chester. Crewe is now part of Cheshire East. 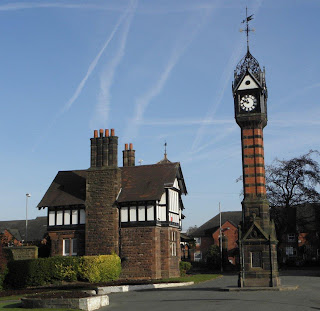 This produced a shift in emphasis: instead of Crewe and Nantwich Borough Council, recently a Labour/Tory marginal, we had Cheshire East, an overwhelmingly Tory body based in Macclesfield. The impression was given, rightly or wrongly, that the new Council was too remote, and in a recent referendum, the vote was overwhelmingly in favour of Crewe having its own Town Council.

This, after all, would put the town in the same position as the nearby – and smaller – town of Nantwich. Elections were scheduled for the new body, which would have twenty councillors: six from Crewe East ward, four each from Crewe West and Crewe South, and two each from Crewe North, Central and St Barnabus. Labour, Lib Dems, Tories, UKIP and some Independents stood.

I’m told that during the count, there was a short period where UKIP looked as if they might get one of their six candidates elected, but they, along with all other parties bar one, went away empty handed. Labour enjoyed a clean sweep, that is, they secured every one of the twenty seats. It was an extraordinary result. The Tories might have expected to pick up some of the North and West ward seats, but got nothing.

What is worse for the Coalition parties, in all six wards, the highest placed runner up was UKIP. The Lib Dems, who had held two of three Borough Council seats in South ward before the reorganisation, did not field a candidate in three wards, and nor did they field a full slate of candidates in the other three. And the potential consequences for the next General Election are not good for the Tories.

Edward Timpson’s majority last time was just over 6,000 votes. The Lib Dems, whose vote in recent local elections has all but collapsed, polled more than 7,500. And UKIP, who scored a creditable vote share on Thursday, will be hoping to get rather more than their deposit-losing 1,400 votes, most likely at Timpson’s expense. Any significant swing against the Coalition and he’ll be out.

Meanwhile, for those asking the more prosaic question – how much will the Town Council cost? – will be relieved to know that the Trustees handing over to the new body will also be handing over a significant sum of money. This should keep the cost, or precept as it is formally known, relatively low. So that’s something for everyone to cheer.

And the Coalition partners can look forward to more local elections next month.
Posted by Tim Fenton at 11:05