“Hong Kong or French metros are favourites to run Crossrail” proclaimed the Standard’s City Hall editor Pippa Crerar yesterday, in realisation of no British bidder putting its hat in the ring. If only she had also used the piece to inform readers why that had come to pass. But the spin was present and correct, as she told that the new line was “likely to be run by an international firm”. 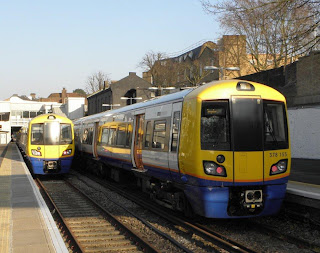 Had Ken Livingstone been in City Hall, it wouldn’t have been an “international” firm. It would have been a “foreign” firm, because that is what is on offer: RATP, who run the Paris Metro, MTR, who run the Hong Kong system, and German state rail operator DB, via their UK-based Arriva operation, are the only folks interested in the concession (not franchise, as the article suggests).

The only light at the end of this rather long tunnel is that Go-Ahead group might also join the fray – but only if partnered with French state rail operator SNCF. Folks like Stagecoach, FirstGroup and National Express are concentrating on the real franchises, those to operate trains on the National Rail network. That should inform those wondering where the money is to be made.

So the thought occurs that there is something missing here, something that the Standard, and too many other papers, would rather not mention: where is the UK equivalent of Abellio, RATP, SNCF and DB? The problem is that there isn’t one: when British Rail (BR) had its operations flogged off in the 1990s, it was prevented from bidding for any of the franchises.

Some groups of BR managers participated in Management Buy-Outs (MBOs), but these were ultimately swallowed up by the ever more powerful transport companies like FirstGroup. Individual managers from BR rose to prominence in train operating companies and Network Rail (NR), but BR’s organisation was effectively lost, so much so that state control had to be organised from scratch when needed.

So what is known as Directly Operated Railways (DOR), which at present runs East Coast, was effectively a new start-up. It certainly won’t be used to bid for any transport operation outside the UK. Because of the actions of “Shagger” Major and his pals, the UK faces an asymmetric situation: other state operators can bid to run buses and trains here, but not the other way about.

What you will not read in the Standard or most other papers. No change there, then.
Posted by Tim Fenton at 10:53