Death On The Motorway

Britain’s motorways are the safest part of the road network on which to travel. But the sheer volume of traffic they process means that there will occasionally be accidents. These attract disproportionate press attention, probably because they are so exceptional. But all such accidents happen for a reason, and the damage they cause has basic and very obvious explanations. 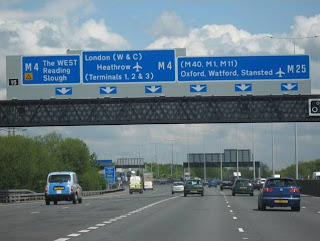 A collision on the westbound carriageway of the M62 last Friday morning is typical. A minibus carrying a group of young women on their way to a hen party weekend in Liverpool had a coming together with the rather more substantial form of a FarmFoods lorry on the approach to Junction 32. One of the party died and others have sustained serious injuries.

Sadly, the first instinct of the press, typified by the Daily Mail, is to splash lots of photos of those involved, and especially 18 year old Beth Jones, who perished at the scene. Fortunately, among the photos are sufficient views of the location to get an idea of the exact location, how the collision most likely occurred, and what made the consequences so devastating for those involved.

I plead some knowledge of this part of the M62, having driven along it dozens of times. Recently, that westbound carriageway has seen changes, at the time the nearby A1 was upgraded to motorway status. New junctions were built just to the east of the accident scene, and in addition a fourth lane was added to the westbound M62 between the A1(M) junction and Junction 32.

The fourth lane ends at Junction 32. That may be important. Clearly both minibus and lorry were on the westbound carriageway immediately before the crash. Had the former started its journey from South Elmsall, it would have joined from the A1(M), where the driver would have encountered a four-lane carriageway. Overhead signs then warn that the fourth lane ends at Junction 32.

Now look at where the minibus was impacted: clearly on its right-hand rear. The lorry’s cab has been impacted on its left-hand front. This is consistent with the latter being in the second of four lanes, the driver having correctly read the warning signs and positioned accordingly. What appears to have then happened is that the minibus driver saw the lane ending very late, slowed, and moved without looking.

Of course, the best course of action would have just been to carry on down the slip road and go back onto the motorway after Junction 32. But folks do impulsive things on the spur of the moment. What also needs to be asked, in view of all the injuries, is whether all the occupants of the minibus were wearing seatbelts. Had they been so doing, one would not have expected such severe injuries to occur.

Accidents don’t just happen. Nor do injuries and death. Lessons need to be learned.
Posted by Tim Fenton at 13:12

Sympathies to those involved Tim, but thoughts for another post, the standard of driving on Britain's roads declines every year.
Evidence of this is no signalling at roundabouts, tailgating and speeding on National Speed Limit Roads and pulling out without looking.
These happen on a daily basis when on the road.

You can add to that how the notion of matching your speed to that of traffic already on the motorway seems to be a concept beyond the grasp of many of those joining on slip roads. Oh, and then there's the right of way conferred by giving a signal...

If 2 trains had collided and caused this number of casualties the line would still be shut and the investigation would have gone into microscopic detail. Eventually the full report would be published on the internet for all to read and we would all know exactly what happened. On the roads that doesn't happen, IF a proper investigation is carried out it's under pressure to reopen the road and we never see the reports - so lessons never get learned.