Right-leaning pundits and commentators love to politicise issues: climate change, press regulation, high speed rail, all are wilfully refashioned as right versus left issues, whatever the reality. Religion, too, is thus interpreted: the right are the righteous, and the left a bunch of Godless heathens. And then there is the issue of abortion, and especially abortion viewed through the prism of religion. 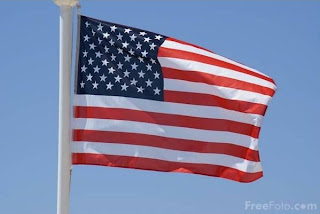 The Telegraph’s Damian Thompson has seized on the case of Kermit Gosnell, who ran an illegal clinic in Philadelphia where late-term abortions were carried out. Conditions at the clinic were allegedly appalling, and what went on there has resulted in Gosnell being charged with two counts of adult murder and several more of infanticide. The accusation is that the left somehow covered it all up.

“Gosnell the baby-killer and the liberals who shielded him” proclaimed Thompson, as he points the finger of blame at a variety of players, including Planned Parenthood, any media outlet not conforming to his political outlook, and Barack Obama. And Thompson is talking prejudicial, misinformed, selective and malicious crap. Because nobody has tried to cover anything up, and certainly not liberals.

As Irin Carmon pointed out in a piece for Salon, what the screaming tirade from the right manages to ignore is that, when the Gosnell story broke back in 2011, liberal and pro-choice campaigners and reporters tried hard to get the story out there. Moreover, pro-choice groups had repeatedly reported Gosnell’s clinic to the authorities, but complaints were either ignored or not accepted.

This might not be unrelated to the fact that Gosnell catered to the needs of the poor and marginalised, including illegal immigrants. And Philadelphia’s primary vehicle for regulating abortion is part of its criminal code, so it is not seen as health care. The state’s Public Health Department was warned of the clinic’s dire conditions, and yet it took no action. It was, after all, an illegal operation.

None of this has been allowed to enter as the right-leaning punditry Stateside has piled in – two years late – and used this case to blame opponents, many of whom tried to report it in the first place but were ignored. The range of usual suspects includes Michelle Malkin, Breitbart.com, several Republican politicians, and of course Fox News Channel (fair and balanced my arse).

Damian Thompson has, to be fair, added a grain of originality to his piece: just to demonstrate his brass neck, he calls Gosnell, an African-American, a “racist”. Yeah, the rotten lefties kill babies and they’re racist too! But Thompson knows the reality of this affair. He merely chooses not to report it all. That is the sad reality of the twisted and malicious world of the religious and righteous right.

And they’re bringing their sick little show to the UK. Thought you’d like to know.
Posted by Tim Fenton at 17:35