The climate change denial lobby has had little success in diverting the Government from its chosen strategy on renewable energy of late. This is clearly at variance with the constant background noise of pundits telling whoever will listen that this strategy is utterly discredited and should be abandoned. As a result, the so-called Global Warming Policy Foundation (GWPF) has done some selective recycling of its own. 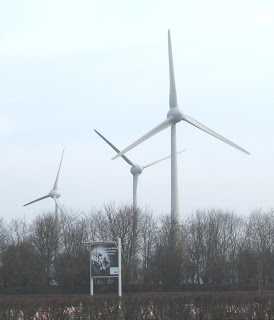 Terminating flying Delingpoles somewhere near you

The GWPF, so named as it exists to rubbish climate change, has enlisted the services of Gordon Hughes. As he is a real Professor, and at Edinburgh University – whatever characterisation gets pinned on the Scots, their seats of learning and research are by definition out of the top drawer – he can be taken on trust, because, well, the GWPF says so.

But there is a problem here: Hughes’ “research” is substantially a reworking of the work he did for the GWPF just over six months ago, not that you would guess this from the chorus of delight emanating from Anthony Watts (who credits Hughes with being “one of the UK’s leading energy and environment economists”), Andrew Orlowski in The Register, and James “saviour of Western civilisation” Delingpole.

None of these august beings has seen fit to indulge in the mystical and intellectually challenging science known as “five minutes’ Googling”, which would have told them of Hughes’ earlier paper for the GWPF. This had the same headline number, claiming that what could be got from wind power for £120 billion would cost only £13 billion if obtained by gas-fired power stations.

And it is that figure that has triggered the why-oh-why machine that is the Daily Mail into unquestioningly recycling the GWPF story as fact (calling the study, for good measure, “damning”), along with a suitably thundering editorial. Clearly the obedient hackery of the Vagina Monologue also had problems with their research, or could not stretch the Royal visit to Leicester to fit enough column inches.

Is there anything new about the Hughes study? Well, he does crank up the rhetoric a little, telling “Unless the Government scales back its commitments to wind power very substantially, its policy will be worse than a mistake, it will be a blunder”, which enables him to come along in six months’ time and give the GWPF an update. This will undoubtedly confirm that a blunder has indeed been made.

What is not told by Benny Peiser, Nigel Lawson and the rest of the GWPF alumni is that this is the opinion of one economist – eminent or otherwise – and that rather more in this field have been through the numbers before him, and will continue to do so. But it enables The Usual Suspects to whistle a little more enthusiastically, in order to keep their spirits up, although nobody who matters is listening.