Labour And Those Blair Wins

The difficulties facing the Labour Party as it reorganises and pulls together its policy portfolio is being compared unfavourably with the three consecutive General Election victories pulled off by the saintly Tone between 1997 and 2005, especially by the likes of Dan Hodges, who claims to be within that party, while not realising that he is on his way out – one way or another. 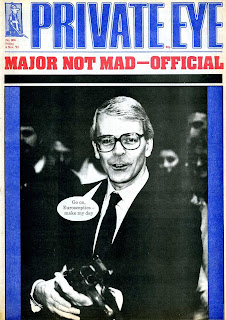 But to compare Labour’s opposition today with what Tone and Pa Broon faced in the mid-90s verges on the insane. Then, the Lib Dems had just 20 seats, the Tories were utterly exhausted and apparently terminally divided, and in the wake of Black Wednesday, the latter’s poll ratings had been bumping along the bottom. “Shagger” Major and his party were dead men walking. 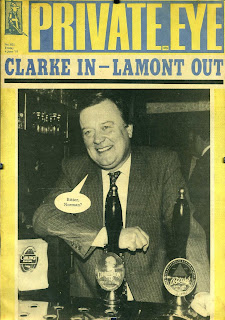 As so often, the front covers of Private Eye magazine from the time give a flavour of the mood. Even in the wake of Sterling’s exit from the Exchange Rate Mechanism (ERM), Major was mired in conflict over Europe, an issue that didn’t register on most voters’ radars. They weren’t interested: seeing the Tories fighting like ferrets in a sack, many turned off – and turned away. There then came bitter recriminations after Major kept Norman Lamont at the Exchequer after Black Wednesday and effectively forced him to carry the can for a policy – the ERM – that he had opposed. Ken Clarke was a better Chancellor, but it was to little effect: Major was increasingly a figure of ridicule, and the poll ratings remained dire. 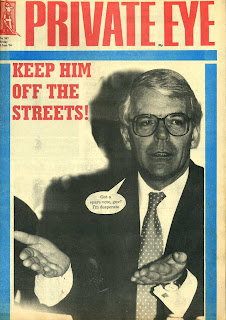 And every Tuesday and Thursday – it was twice a week before Tone changed things – Major would be ritually trounced at PMQs by John Smith. Small wonder that the Eye cover following Smith’s unexpected death in 1994 had the paper seller asserting that “He’d still beat Major”. And the very next cover shows how desperate the Tories were for votes: the party lost all eight by-elections they defended in that Parliament. 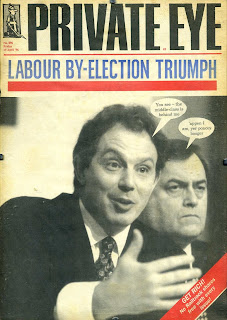 The election of William ‘Ague as successor to Major didn’t improve things: as the cover of Eye 927 suggests, he was taken even less seriously by party and media alike than Major. The Tory spin machine was more or less non-existent. Labour had Big Al and Baron Mandelson of Indeterminate Guacamole: the Conservatives had little with which to reply. 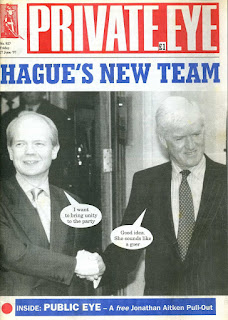 Labour’s victories in 1997 and 2001 did not need Blair: Smith would have trounced both Major and ‘Ague. So would his protégé Pa Broon. And whoever had disposed of those two would have had no difficulty seeing off Michael Howard. The Dan Hodges of this world are woefully wrong to paint anyone as delusional on that score, except for themselves. Labour was kicking in the rotten door. It didn’t need Blair.

And it doesn’t have to be a Blairite, or Blair Lite, next time.