All through the saga of the recent Strangers’ Bar beer row, one name was absent, and that name was Gordon Brown. Not, you understand, that there is any insinuation that Pa Broon would have been in favour of serving a beer called Top Totty, but because of his actions while Chancellor of the Exchequer back in 2002, when he introduced something called Progressive Beer Duty Relief. 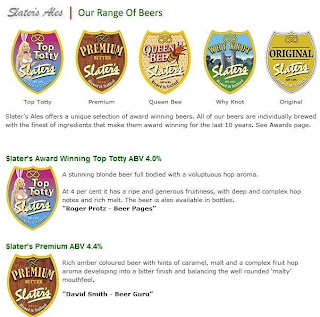 What that? Well, the measure was in effect a tax break for breweries turning out less than 36,000 barrels of beer a year. For the smallest producers, this relief cut their duty bill by around 50%, and with that kind of incentive, many could look to hiring more staff as well as putting more investment into their breweries. It also helped them to develop their range of beers.

After all, with more of a financial cushion, a little time taken out for experimentation wasn’t going to break the bank. Sure, following the formation of the Campaign For Real Ale (CAMRA) in 1971, there had been a growing interest in cask beer, and particularly the products of regional and local brewers, but the tax break kicked off a significant growth in the sector.

So, from there being around 140 breweries of all kinds operating in the UK at the time CAMRA was formed, the number has increased, with the total in 2004 being 480, and by 2010, a whopping 767. While the largest brewers have closed many plants, especially in the cities, microbreweries are starting up and adding production on what seems a weekly basis.

So far, so promising, but there then comes the problem of getting the stuff into pubs and bars, of which far too many are (still) tied to larger brewers, or, as has become the case over the past 20 years or so, under the control of the all pervasive PubCos. Pubs get treated as chips in the property game, with closure to make a quick profit wiping many off the map. 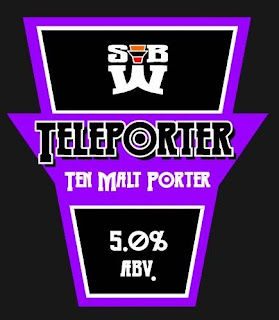 Teleporter from Summer Wine Brewery ... the stuff of dreams

On top of that, there is the addiction of the PubCo to the Yoof market, creating bars that exist merely to get young folks into an advanced state of alcoholic derangement as quickly and profitably as possible. But fortunately, enough pubs and bars are of sufficiently independent means to promote their local brewers and thereby bring in a discerning and grateful clientele.

Some thought that Pa Broon had favoured only the distilling industry of his native Scotland. And no-one mentioned his name during the Top Totty ruckus (or, more fortunately, when Eric Joyce became Elephants’ Trunk and Mozart in the same bar with such unfortunate consequences). But all around the UK, brewers and tipplers are enjoying the consequences of his insights.

Not a lot of people know that. Cheers!