Attack Of The Killer Tomatoes

Forget cancer scares: these are just so last year for the obedient hackery of the legendarily foul mouthed Paul Dacre. The latest must-promote horror medical condition is hepatitis A. It’s infectious! It can lead to liver disease!! There might be operations and transplants!!! And the killer may be in a kitchen cupboard in your house, because you watched that sleb chef on telly!!!! 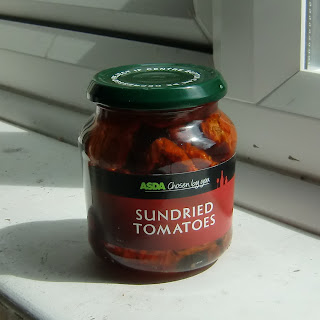 Behold the killer in your kitchen

No, I’m not kidding: you can see all of this under the headline “Sun-dried tomato alert: Health investigators link the celebrity chefs’ favourite to outbreak of hepatitis cases”. You see – that’ll teach you, deviating from Proper Traditional Patriotic British Food and swanning off in pursuit of the kinds of stuff eaten by New Labour politicians with lots of money when they go on holiday.

But seriously, what’s the deal here? The Mail piece talks of seven cases of hepatitis A in the latter half of last year. In 2005, the number of cases for England and Wales was 457, and assuming an even distribution of these throughout the year makes 228. So we’re talking about 3% of that total. And the Mail report manages only to quote one single source for its figures.

And that source is Eurosurveillance, via a paper whose led author is Carlos Carvalho (see it HERE [.pdf]). Parts of the paper not featuring in the Mail are typified by “In 2011 the number of reported hepatitis A cases in England was below that reported for previous years”, and that there was “Possible exposure to semi-dried tomato products”. Nor are there any conclusive findings.

Moreover, when the map showing the seven cases is consulted, it is clear that the concentration of most of these in the South-East means that any nationally distributed product can be ruled out. So anyone who buys their sun-dried tomatoes at the local Asda or Aldi can forget this scare story. Anyone else should, rather than take any notice of the Mail, read the Eurosurveillance conclusion.

This tells that “all those charged with investigation and control of hepatitis A may want to consider semi-dried tomatoes as a possible source”. Coupled with the Food Standards Agency response to the Mail – “no food source has been conclusively identified” – this means that the “story” is just a cheap and nasty frightener. Nobody who enjoys sun-dried tomatoes should be concerned.

In any case, we should be thankful that the Mail didn’t go the whole hog and get the appalling Quentin Letts (let’s not) to invent a Cherie Blair story about the whole affair. Or maybe that comes next.