It must be a continual challenge for someone called Harry Phibbs to risk being called out for living up to his name, but this notorious Tory journeyman does not allow the thought to enter as he whinges endlessly about trade unions, firms having to pay the minimum wage, students of inconvenient thought, the EU, taxes, why Workfare is very wonderful, and his undying love for Bozza. 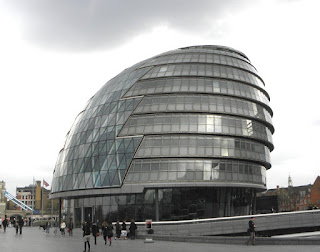 Yes, Phibbs is, to no surprise at all, backing the campaign of occasional London Mayor Alexander Boris de Pfeffel Johnson, although some might argue that with friends like Harry, one might not be in need of too many enemies. Why this should be is easily explained when one considers the attack piece he has written today for Mail Online, accusing Labour of electoral fraud.

Moreover, it is an accusation that has very little foundation: Phibbs claims that one flat somewhere in the borough of Tower Hamlets has twelve people registered to vote, but only some of them living there. He otherwise suggests the Standard – now running what looks very much like a pro-Bozza campaign just as shameless as that of 2008 – has more of this evidence.

Tower Hamlets is a favourite target for rightwingers: the Maily Telegraph “London Editor” Andrew Gilligan, purveyor of some of the capital’s dodgiest journalism, alternates kicking Ken Livingstone with pieces about the borough’s elected Mayor Lutfur Rahman, who, if you believed half of what was written, would right now be putting the finishing touches to an Islamic thermonuclear device.

All of these factors would increase Livingstone’s 2008 vote – and the increased turnout could be seen in a higher vote for his opponent. Moreover, there might just be more folk living in the borough, given the presence of Canary Wharf and its attendant new financial district. But Phibbs doesn’t want to dwell on these, because it would puncture his overinflated scare story.

We know it’s a crude piece of attack hackery meant to frighten voters into the desired polling booth, as it mentions Hugo Chavez and Fidel Castro at the top. The failure to mention the background to the result reinforces that conclusion. And Phibbs’ accusation of fraud, while he has taken no action to bring a complaint before the Electoral Commission, puts the lid on it.

Harry gives every indication that he indeed Phibbs. No change there, then.