On occasion, the timing of information releases hits the sweet spot, but the revelation yesterday by ITV News – coming just after their re-launched website was given the thumbs-down for being short on, er, information – of the true scale of the trade in illegal information undertaken by Steve Whittamore from his home at 3 Orchard Grove in New Milton, was in one respect too late. 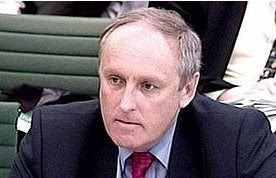 Previously, it had been estimated that those labouring in the service of the legendarily foul mouthed Paul Dacre at the Daily Mail had been in pole position on the Motorman grid with a total of 985 requests to Whittamore over a three year period. The ITV News finding still had them in that position, but the pile of requests after a recount has now reached a whopping 1,728.

Moreover, the Mail on Sunday, also under the ultimate control of the constantly and unfeasibly angry Dacre, racked up another 578 requests. The total paid out by the two titles is estimated at over £205,000. Even totalling up all the Trinity Mirror titles – and, with the People, there is one more in the stable – gives around £196,000. The Dacre empire was the clear leader.

Strangely, though, the Murdoch Screws and Sun only paid out £24,500 between them, but then, the Screws had Glenn Mulcaire happily hacking away, and the Sun is now in the mire for dropping bungs to a variety of law enforcement officers. So the red top that did most business with Whittamore, and by a long way, was the Mirror, which for the daily title means Piers “Morgan” Moron.

But there has been little movement from the usual suspects in the direction of the man who took Larry King’s slot at CNN. That may be because the Mail was very obviously soliciting rather more illegal activity, and proportionately far more. Sadly, though, the opportunity for Dacre to be quizzed on the matter has slipped as he has had his time before the Leveson Inquiry. But he may not be in the clear yet.

His reaction to the use of Whittamore was to brush off the taint of illegality: the information “could all be obtained legally, but it would take time. This was a quick and easy way to get that information”. No it couldn’t: 45 “blags”, five criminal record checks, 155 “friends and family” lists of phone numbers, and a whopping 1,574 ex-directory numbers were all obtained illegally.

So that’s £4,050 for “blags”, £2,500 for criminal record checks, £48,720 for “friends and family”, and an eye-popping £102,310 for ex-directory numbers. That comes to £157,580, paid out by papers over which Paul Dacre exercises ultimate editorial control, for illegally gathered information. So what he said under oath is not true, and it is entirely possible he knew it. The impression is given of potential perjury.

So maybe Leveson would like to ask the Vagina Monologue for an explanation.