As I mentioned the other day, the latest indiscretion coming out of The Hill has been that of Rep. Anthony Weiner, who sits for New York’s ninth Congressional District. Weiner had sent a number of more or less explicit photos to young female admirers who followed him on Twitter. And he got caught out.

And as I also noted, the photos were brought into the public domain by Andrew Breitbart, scourge of any politician vaguely to the left of Genghis Khan, who complained bitterly to the DC Press Corps because they were initially reluctant to believe him, given he had sold them two rather large turkeys in the recent past. 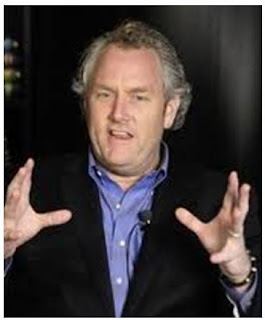 And I tell you it was This Long

Then there was the photo that Breitbart said he would not put into the public domain, because it was, shall we say, explicit. But now a photo of male genitalia has been, as it were, put out there. Breitbart has claimed that it was “released without my knowledge or permission”, or as Billy Connolly might have put it, “a big boy did it and ran away”.

So what now for Anthony Weiner, after the wiener photos? House Minority Leader Nancy Pelosi has ordered an ethics investigation, to discover whether any Government resources were used by Weiner in sending the images. But little else can be done, because although Weiner may have acted with mind-numbing stupidity, he hasn’t done anything illegal.

Moreover, he has thus far refused to resign. Some of his fellow Democrats have urged him to do so, while others say it’s up to him – and his electorate. If he toughs it out on The Hill, and the voters in NY9 forgive him, he could yet survive. After all, he’s up for election at the same time as a third of the Senate, and more importantly The Prez himself.

[The Private Eye cover that inspired the photo caption in this post can be seen HERE]
Posted by Tim Fenton at 10:20