Littlejohn And Those Blazing Trousers

The folks at PolitiFact have a special category for claims by politicians and pundits that are so blatantly untrue as to warrant more than a mere “False” rating, and that category is “Pants On Fire”. Today, the Daily Mail’s unfunny and bigoted churnalist Richard Littlejohn has nominated himself for that award with a supremely dishonest rant-fest on the EU, one of his favourite subjects. 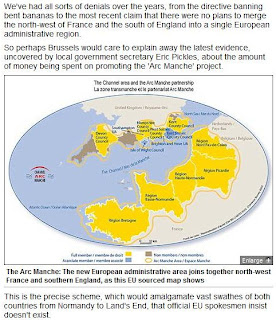 Fat Dick has discovered – only 15 years after the event – that there is something called the Arc Manche. He then asserts that this voluntary network of local authorities in southern England and northern France is an “administrative area”. Here’s a clue for you, Dicky boy: how can it be an “administrative area” if Dorset, Cornwall and Torbay aren’t included? Wrong.

Never mind though, Dick has another go with his telling of this supposed attempt to “amalgamate vast swathes of both countries from Normandy to Land’s End”. He says “It’s called the INTERREG programme and was signed off by Labour’s Hazel Blears”. Two minutes’ Googling tells us that INTERREG started in 1989. Hazel Blears did not become an MP until 1997. Wrong again.

But Littlejohn must be right when he quotes Eric Pickles as having “discovered” this evidence? Sadly, no: Arc Manche has not just been “discovered” by anyone. Its existence and actions are no secret. Nor are any of the initiatives it supports. Anything coming from Pickles the populist should be treated with extreme caution. 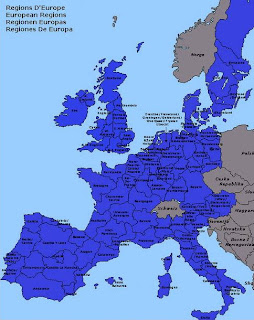 But there is an agenda to use Arc Manche to further the European project, isn’t there? After all, Fat Dick then tells that “Arc Manche is one of the 13 different districts into which Britain will be carved up if we are stupid enough to remain in the EU”. But sadly, this too is a whopper: the European regions into which the UK is divided don’t include Arc Manche, and only number 13 if you include the Irish Republic. So wrong once again. 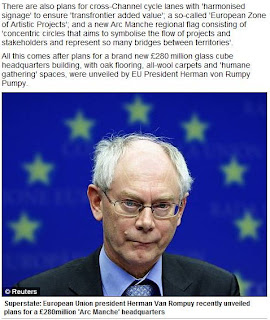 Can the whoppers get any worse? You betcha, says Sarah: Littlejohn signs off his excursion into fantasy land by asserting that the new building for the European Council is “a £280 million ‘Arc Manche’ headquarters”. There it is in both article text and photo caption. That’s a whopper of exceptional proportions, even for Fat Dick.

Thus the “Pants On Fire” accreditation is won hands down by Richard Littlejohn, who has shown his ability to illuminate those dark foreign lands across the channel, armed only with the light from his burning trousers.
Posted by Tim Fenton at 11:49