After those in charge of deciding who should be allowed on to the ballot and go forward to contest the soon to be vacant leader’s berth at UKIP had considered the seriously dodgy past form of Nigel “Thirsty” Farage’s chosen successor Steven Woolfe, there was only one choice they could make. The MEP has been excluded from the leadership ballot. There are, it has to be pointed out, good reasons for the decision. 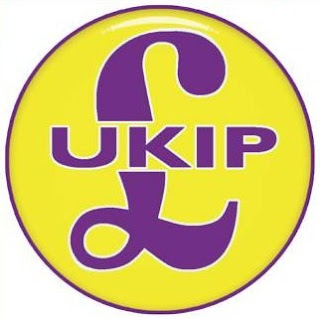 Woolfe, as I told yesterday, has claimed in the past to be a barrister, but it appears that the Bar Standards Board’s register has no trace of him. He stood as UKIP’s candidate for Greater Manchester Police and Crime Commissioner in 2012, even though he had previously been convicted of an offence (drink driving) which carries a potential custodial sentence - so he was already disqualified from standing.

Worse, there is also the matter of Woolfe’s tenure as a Councillor at Conwy County Council, in North Wales, where he represented the Tories, yet resigned after he had failed to show up for council meetings for several months. During that period he did not claim any expenses, but was paid an allowance, as were all the other councillors who did bother to show. Yes, the Kippers had good reason to exclude Woolfe.

And that was before he missed the deadline in submitting his application. But the news will not have gone down well with the Farage faction, and we know this as one of their number, the appalling self-publicist Raheem “Call me Ray” Kassam has been feeding his take on the leadership contest to his pals, those being the perpetually thirsty Paul Staines and his rabble at the Guido Fawkes blog, who have kindly posted his thoughts today.

“Guido is told that Farage has been keeping a close eye on proceedings. Nigel is still the leader and has the power to appoint a new chairman and cancel the leadership process … Farage allies say they have evidence of conflicts of interest among anti-Woolfe NEC members, including personal relationships”. So plenty of smears, then.

And who would be behind that? Have a guess: “Raheem Kassam, Farage’s former chief aide, threatens ‘If Steven Woolfe is kept off the ballot for spurious reasons, I will declare full scale war on UKIP, using all the assets and sources at my disposal to topple the Tory establishment that is trying to take over the party. That’s a warning and a promise’”. Blow it out of your arse, Ray. Your man is off the ballot.

At least the Labour in-fighting has some intellectual heft behind it. That at UKIP is nothing more than a load of Z-list wannabes scrapping with the has-beens and wackos that none of the other parties are prepared to accommodate. Farage’s fringe was always a one man band. Much more of the blood-letting and it will soon be a no man band.

Indeed, three of UKIP’s NEC members have already resigned. Get the popcorn in folks, this bout of pointless self-destruction is going to be excellent spectator sport.
Posted by Tim Fenton at 12:43

Questions about his professional history, a drink-driving conviction and being careless enough to forget it, not turning up but being paid an allowance to be an elected rep. All he's lacking is being fined for, lets say, smoking in a banned location and he would be ticking most of the UKIP boxes, surely? Perfect UKIP leadership qualities I'd say.

"Furthermore, highly confidential information about me held in party documents has been leaked to the press and the NEC has not sought to investigate this gross breach of privacy."

By the way: four "corrections" to Woolfe's wikipedia entry, just today. One of which is hidden behind an IP address (apparently Bexley, Kent).

Also said on last weeks BBC Question Time that he played semi-pro football until he was 35. Complete nonsense. I played in the same team and it was just a Saturday team where we all payed subs to play. Someone in the press please ask him to name the semi pro team he played for.