Sometimes, at that moment of maximum frustration and exasperation, the opposition rides to your rescue, and it seems that the Murdoch empire is poised to do just that for actor and campaigner Hugh Grant and the good people at Hacked Off. While explaining to CNN Money the differences between how UK and US newspapers work, Grant may not have known of the fallout from Roger Ailes’ departure from Fox News Channel. 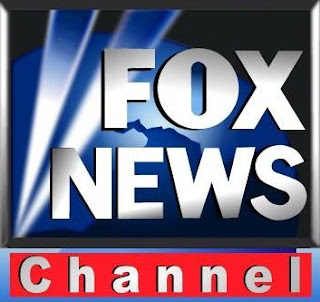 Here’s what he told them: “[certain UK print titles] live above the law … It's hard to explain to Americans because you don't have the same situation here for various historical reasons … Some newspapers in Britain have become closer to these kind of mafia families. They wield an incredible power. They choose our governments, they choose our prime ministers and they live above the law”. He then gave some examples.

Hacked Off was still very much a Work In Progress: “You have a horrible situation where people who have children who've been killed in accidents, killed in war, and these families are horribly harassed and intruded upon for the profit of newspapers … And that's happened with impunity for decades and my campaign is all about that's got to stop”. Those people in the USA may find his pitch easier to understand very soon.

That is because following the fall of Ailes, and in the wake of Gretchen Carlson’s sexual harassment allegations, many who had been wary of telling what they knew about goings-on at FNC are coming forward, not least Brian Stelter of CNN, who has recalled “About ten years ago I had a crush on a woman at Fox News. She was a low level staffer. I was in college at the time. So I was going out on what I thought were dates … These were not dates. She was actually reporting back to Fox News about me”. There was more.

“She was reporting back about what I thought of her and about CNN and MSNBC and Fox. Because I was a reporter on the beat, they were actually spying on me that way. Now I didn't think that was a big deal at the time. I thought it was the way Fox operates. Fox is a political organization. But now we know they were actually sending out private investigators. They were tailing other reporters” [my emphasis]. It got worse.

As Politico has reported, “In the past few days alone, there have been reports of surveillance campaigns against journalists; Fox News employees who ‘believe our phones are tapped and that we are monitored’; and incredulity that top brass at 21st Century Fox were not until recently aware … of a $3.15 million exit package paid in 2011 to a former Fox News booker who claims Ailes manipulated and sexually harassed her for 20 years”.

The report asks the question anyone who followed the hacking story will want answering: “How much more dirt is going to come out, and will this sordid affair eventually make the leap from scandalous to criminal? There’s been no smoking gun just yet, but there are specters. The whole thing’s beginning to feel a little Summer 2011, when the U.K. phone-hacking scandal that upended Murdoch’s … News Corp., was starting to catch fire”.

Well, if Ailes really did say “I know where he lives, and I'm gonna send people to beat the shit out of him”, and someone else at Fox said “If it ever came out … multiple people at Fox would go to jail”, all it needs is for someone to talk. People are now talking.

Hugh Grant will not have to explain his campaign to the US audience for much longer.
Posted by Tim Fenton at 16:25

In 2011 it seemed that Rupert Murdoch could barely remember his own name but has now miraculouly recovered and is running Fox News as both Chairman and acting CEO.
When the question gets asked about his knowledge of the criminal activities at Fox, as it was during the hacking affair, just how long will it take for the grey mists of fading memory and sincere humility to re-emerge?
Hugh Grant is being talked of as a possible Oscar nominee for his latest film - wait until the dirty digger takes the stage.

Rupert Murdoch of course will "know nothing" of any wrong doing.

In hoodlum circles this is called omerta.

Rather like Mackenzie was "misled by the police and a Sheffield news agency" over Hillsborough. Y'know, like that.

Consider where Rupert Murdoch began his media empire with his first newspapers in Adelaide South Australia. Those newspapers have false records of newspapers published sold as 'archives' by Australian state and national public libraries. The fake 'archives', also exported to British Libraries UK London, have news articles that were published on paper erased or altered for those false records. Governments, politicians of both political parties and law enforcement authorities [Police Commissioners and others appointed by politicians] benefit from Murdoch's news media's corrupt journalism and the fake archives that conceal crimes and corruption of Australian national significance concerning events in South Australia. A brief account of some of the crimes & corruption concealed can be viewed at https://rjrbtsrupertsfirstnewspaper.wordpress.com/2015/07/27/australian-government-law-enforcement-and-news-media-corruption-in-brief-ref-sbsa-bankruptcy-6/ Rupert Murdoch declines to reply or comment on his betrayal of South Australians who gave him the start of his media empire, the evidence of the fake archives of his newspapers, and his corrupt journalism that has cost us billions of dollars of still unaccounted for public debt. It appears that no authorities or news media claiming to be independent of his influence is prepared to ask him reasonable questions on the evidence of his corrupt practices.