Many of you will never have heard of Helen Skelton. But the tabloid clickbait factories at the Baby Shard and Northcliffe House know exactly who she is, and more importantly, what she means to their sales numbers. Because Ms Skelton, who used to present Blue Peter, has committed the heinous crime of presenting for the BBC in a less than totally covered state, and probably with malice aforethought. 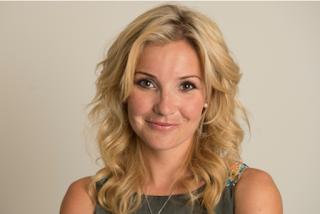 She has fronted the Corporation’s Olympic swimming coverage, alongside former gold medallist Becky Adlington. So far, so routine, but then she appeared in a dress which revealed that her legs extended above her knees. Oh, the shock! And then she did it again! And she posted snaps of all her outfits on social media! The drooling clickbait generators at the Sun and Mail could not contain themselves.

Yes, it was all about the word that starts with P and ends in an exclamation mark - Phwoar!And then it happened: someone had snapped Ms Skelton sunbathing topless, and even though this happened some years ago, when she was just 17, the tabloids had to discuss that as well, even though they mainly steered clear of the topless pics, just, you know, talking about them. And using them as a way to make up more stories.

After all, saying that Ms Skelton presented Countryfile wasn’t as liable to get the clicks coming in as making up comments. So the Mail has today brought us “Helen Skelton will be back! The face (and thighs and cleavage) of BBC's Olympic coverage is being lined up for a 'secret big money project' after leaving fans begging for more”. Soil the bed, that’s intercoursing subtle and no mistake. And there was more.

“Former Blue Peter presenter caused a stir with her risque fashion choices … She presented the swimming events for the BBC at the Olympics in Rio … On the first day she became trending on Twitter due to a short skirt … It’s understood she will now feature regularly on the small screen”. Er, what? “Due to a short skirt”? Is that like “Due to a signal failure at Haywards Heath”? And she’s already a regular TV fixture.

What might this “secret big money project” be? “MailOnline understands that Skelton has 'more things in the pipleline' with the BBC … The source said: 'She has a new prime time BBC series in the pipeline but it's a secret project’”. YOU DON’T KNOW, DO YOU? Nor, it seems, do the Mail and Sun have any idea what Ms Skelton’s response to the 15-year-old topless photos might be - so they made that up, too.

The Mail went with“Yesterday, she was said to be distressed after topless photos surfaced of her sunbathing when she was 17 … Skelton is said to be upset that the photos were published in a Sunday newspaper without her permission”, while the Sun claimed “It's pretty distressing for her as it is a million miles away from her public image now and the image she wants to present to the public”, which sounds like it was made up by the same hack who appears as a “source” in scores of other made up Sun stories.

What gives it away is the Sun’s claim “BBC bosses are believed to want to have a meeting with her following news of the leaked footage”. Why? What on earth do they expect her to do about it? Neither paper has the first idea what’s going on. But they need the clicks.

So they invent “sources” and print what comes into their heads. No change there, then.
Posted by Tim Fenton at 16:36

"Skelton is said to be upset that the photos were published in a Sunday newspaper without her permission”
Which of course is true as the Mail said it.

All this overexposure of Helen Skelton is down to her agent and the PR company it employs colluding with the media. Anyone who thinks the Mail. Sun etc. are picking on her are being rather naive.

The talented Helen Skelton (born in Cumbria) is also a Patron of an animal rescue charity (The Animals'Refuge) in Cumbria, from where she got a rescue dog when she was seven.


Here's hoping that gets some *cough* exposure too. Donations are always welcome.