Back in September, the Sun’s alleged “Westminster Correspondent” Harry Cole, formerly tame gofer to the perpetually thirsty Paul Staines at the Guido Fawkes blog, secured himself a front page byline credit on a Labour-bashing story headlined “LABOUR HYPOCRITE … Leftie who hates the Royals WILL kiss Queen’s hand to grab £6.2m … COURT JEZTER” (geddit?!?)”. And there was more. 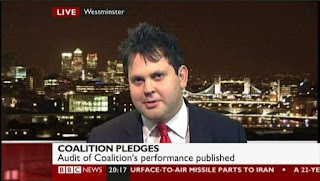 “New Labour boss Jeremy Corbyn, who once backed a Bill to abolish the monarchy, will be forced to bend his knee before the Queen and kiss her hand in order to secure his position as official Leader of the Opposition … Mr Corbyn will join the Queen’s Privy Council, despite previous claims he would shun Her Majesty … This stunning act of loyalty exposes the hypocrisy of the life-long campaigner for Britain to abolish the Royal Family”. 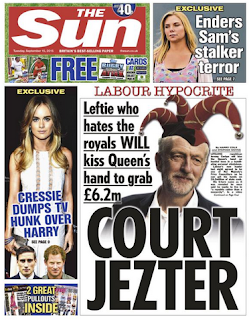 What an exclusive! What a steaming pile of crap!!

Sad to say, though, as I pointed out at the time, the whole story was a pack of lies: the “£6.2m” referred to is what is known as “Short Money”, and its provision to the Labour Party is not conditional on the party leader joining the Privy Council. Moreover, Corbyn would not have been allowed to become an MP had he not sworn his loyalty to the crown, which he did in 1983. The splash was a crock of crap. 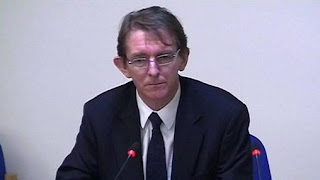 Tony Gallagher: not a good start

This was not a good start for new Sun editor Tony Gallagher, but perhaps readers would duly bin the paper and the 24-hour rolling news Speculatron would move on. Sadly for Gallagher, his managing editor Stig Abell, spinner Dylan Sharpe, and the serially dishonest Master Cole, the complaints began to arrive at new press regulator IPSO. Yes, not even the toothless successor to the PCC could save Cole’s bacon.

The Sun had to print the judgment ...

And so it came to pass that IPSO made its judgment: the complaint that it had duly considered was upheld. The Sun, through the less than good offices of Master Cole, had indeed published a pack of lies. IPSO noted “The newspaper had not offered a correction promptly and therefore had failed to comply with its obligations under Clause 1 (ii). The Committee required the publication of an adjudication”. And it got worse. 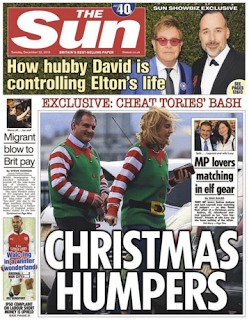 ... but the front page teaser is hardly visible (bottom left)

Even worse for the Sun, they had to make reference to the adjudication on the front page. Luckily for the obedient Murdoch poodles, they got away with a tiny “IPSO complaint on Labour Short Money is upheld” at bottom left of the page, rather than letting readers know they had published a pack of lies. But what observers of the Fawkes blog already knew is now official: Harry Cole’s pants are well and truly on fire.

Master Cole has not featured on a Sun front page for a while. I wonder why.
Posted by Tim Fenton at 09:10

I see the Sun went for the Elton John front page banner whilst the Mirror went for Cilla.

I think not. Did the BBC notice?

IPSO remain a joke of tenth rate information clerks. Not worth a carrot.

Any published "correction" and "adjudication" should be in the same place and with exactly the same prominence as the original piece of shitty lowlife propaganda.

Not that it matters that much in the long run. Soon enough, arsewipes like Gallagher, Abell, Cole, Kavanagh, and all the other bribed hangers on will be made redundant by the internet. Murdoch will dump them all. After which, none of them will be capable of making an honest living. With some luck they'll end up in the showers with Sweet Pants in the Scrubs.

The Scum and Harry are a very good match.

Don't really know much of that Harry chap. Only that he resembles Robert Smith from The Cure. Ironic that it happens to be the name of a narcotics and alcohol treatment centre.

Although, from whispers gathered of late, he is probably more YMCA.

nonymous wrote '...none of them will be capable of making an honest living.' But none of them are at the moment, never mind when they get fired.

Does Guido know what was said or was he topic of convo?

I didn't go. I opted for a night in smashing hardrive.

Being a miserable gIT.

Thanks for all of your help.

Did he manage to smash the servers?