Woolf Crying Once Too Often

The promised inquiry into Child Sex Abuse (CSA) has not got off to a good start: its first chair, Elizabeth Butler-Sloss, had hardly been installed than she was on her way, following complaints that her impartiality could be compromised because her late brother, Michael Havers, had been Attorney General at the time in the 1980s when much of the abuse in question took place. 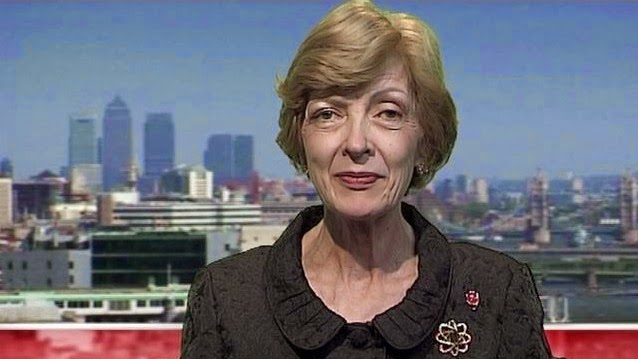 So then that baton was picked up by Fiona Woolf, who was appointed last month. However, and here we encounter a significantly sized however, a problem soon entered, in that she was close to Diana Brittan, whose husband’s conduct as Home Secretary, again during the period that much of the abuse took place, had been possibly flawed. And then came this week’s revelations.

Ms Woolf has appeared before the Home Affairs Select Committee, under the watchful eye of chair Keith Vaz. As part of this process, she has provided follow-up information to answer points raised by that Committee, one of which highlighted her closeness to the Brittans. The letter from her to Vaz went through seven drafts. The impression was given that she was trying to play down that closeness.

Why she might want to put some distance between herself and the Brittans might not have been unrelated to an intervention under Parliamentary privilege by Labour MP Jim Hood: “Backing for MP who linked Brittan to sex claims in Commons: Colleague defends Jim Hood over comments saying he is right to speak out” told the Mail yesterday. The accusation was incendiary.

Hood told the Commons, during a debate on the 1983-4 miners’ strike, “By the way, the current expose of Sir Leon Brittan, the then home secretary, with accusations of improper conduct with children will not come as a surprise to striking miners of 1984”. An undercurrent of nudge-nudgery has followed Leon Brittan for the past three decades; now someone has raised their head above the parapet.

The man Private Eye used to call “Sir Slimy Brittoil” is, of course, married, but then, so was the infamous Derek McCullough, aka Uncle Mac, whose “interference” with children was revealed by BBC veteran John Simpson in his 1998 memoir. Indeed, McCullough and his wife had two children. He was a bona fide war hero. And the BBC appears to have retired him swiftly and quietly.

Now that Hood has made his comments, and they have been disseminated, Fiona Woolf is toast. The impression that she has distanced herself from the Brittans because she may have known more than has been admitted has shot apart any residual credibility she may have brought to the CSA Inquiry. There have been, predictably and understandably, fresh calls for her to go.

There can be no confidence in the CSA Inquiry until she does. Game over.

[UPDATE 1720 hours: what did I tell you? Fiona Woolf has now stood down from the chair of the CSA Inquiry. As she told the BBC, "She said it had been clear for some time that victims did not have confidence in her, adding that it was time to 'get out of the way'".

It should not be beyond the wit of the Home Secretary to appoint someone to chair the Inquiry who does not have a connection to those in the 1980s political establishment. Or, from the experience so far, maybe not]
Posted by Tim Fenton at 10:21

I am actually commenting on the link for Derek McCullough. You state that the BBC wanted to "offload" Peter Trace because of his divorce. This has been denied many times by his family, who state his resignation was nothing to do with his private life. Unfortunately this has now become an urban myth. (Rather like that other myth, that Janet Ellis got the sack for having a baby "Out of wedlock." She didn't, she just didn't want to work long hours and have time away from home with a small baby, so resigned.

Jesus wept. What is your reasoning here? An alleged paedophile was married, Brittan is married, so Brittan is a paedophile? How about looking at the press cuttings dating from the first time these stories surfaced (easily found on web) and seeing the scepticism expressed by all journalists. Private Eye suggested the story had been spread by MI5. Even the manic Geoffrey Dickens didn't believe it. Years later, the story was revived by 'campaigner' Chris Fay, whose curious career would be worth investigating. And it's been avidly perpetuated by Twitter zealots who barely attempt to disguise their homphobia and anti-semitism. But, Zelo Street, I expect better from you.

(Fair play to you, Tim, BTW, for your willingness to publish critical comments!)
I've thought about this a bit more. The instinctive reaction of the Establishment to scandalous behaviour by its members is to hush it up and to hustle the perpetrator out of the public eye asap. E.g. Derek McCullough.
If you can come up with any unexpected early retirements around the time of this dossier, you might have found a smoking gun. But I suspect not.
Far more likely is that the dossier was dismissed as the ravings of a publicity-crazed buffoon, which is how Dickens was regarded at the time.
So why not leave this one alone, and just enjoy watching the Tories get their knickers in a twist?

I genuinely cannot understand why the govt. can't look outside the London Bubble or their group of associates.

If they are looking for a committe chairperson, as they say they are, there must be hundreds of professional people in this country who are capable of doing this job.

I suppose that, if the post is rewarded, you'll want appointees to be duly grateful (in a reciprocal kind of way).
If that's the case, you won't want to be having much to do with strangers.