The Evening Standard ran an item at the top of its Londoner’s Diary column yesterday extolling the literary talents, and sales generating ability, of Tory MP (yes, it’s her again) Nadine Dorries, under the suitably gushing headline “Nadine Dorries defies critics with a new book deal”. Readers are then given the spiel on how her first novel, The Four Streets, is selling. 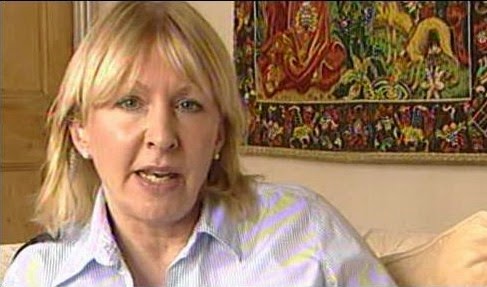 The piece calls the book a “runaway success”, and goes on “Despite the critics throwing every sling and arrow at Dorries’s misery tale of life in poverty-stricken Fifties Liverpool, the book has so far sold more than 100,000 (e-book) copies”. There was, as Captain Blackadder might have observed, only one thing wrong with that claim: it was bollocks.

As Zelo Street regulars will recall, reviews of The Four Streets included one from Christopher Howse at the Telegraph which was scathing in the extreme; Ms Dorries threw a petulant mardy strop and banned him from the book launch. Howse was not alone in dismissing the book, and it was then reported by another of her less favourite names, Andy McSmith of the Independent, that sales were bad. 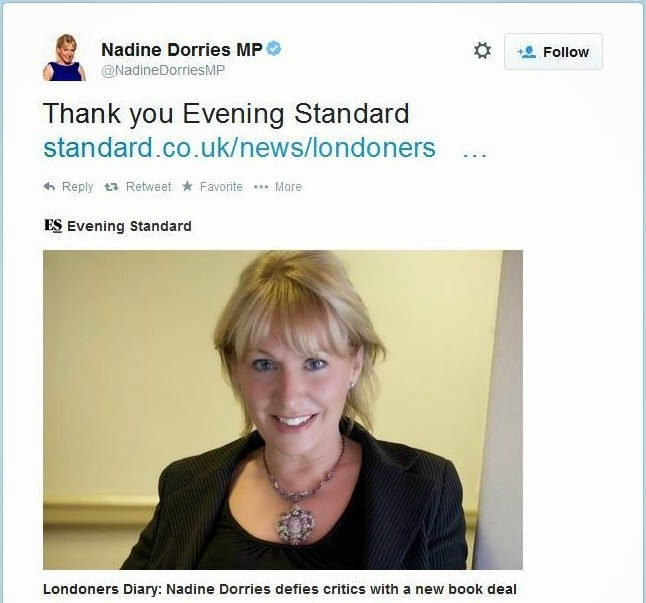 How bad? In its first three weeks after launch, The Four Streets sold just 1,154 copies. So the Standard’s claim of “more than 100,000” ebook copies is positively eyebrow-raising. And what is truly gob-smacking is Ms Dorries’ claim “PS it wasn’t 100,000 ebooks sold, I think (*whispers* it’s over 250,000) but I’m not complaining mind!” Someone appears to be getting economical with the actualité here. 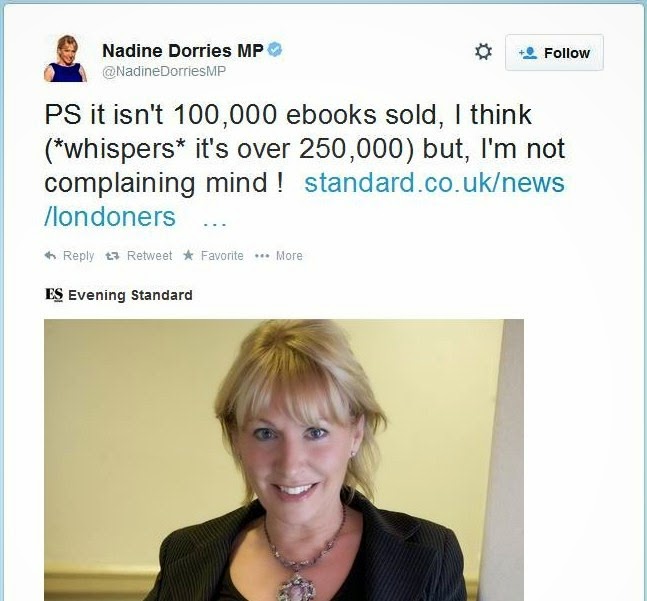 So what’s the reality? Fortunately we can call up Novel Rank to get some factual information on how many ebooks of The Four Streets have actually been sold. And this can be shown in graphical form: this tells us that the Kindle version of the novel has moved no more than 23,000 via Amazon since its launch (and many of those were discounted to as little as 20p a copy). 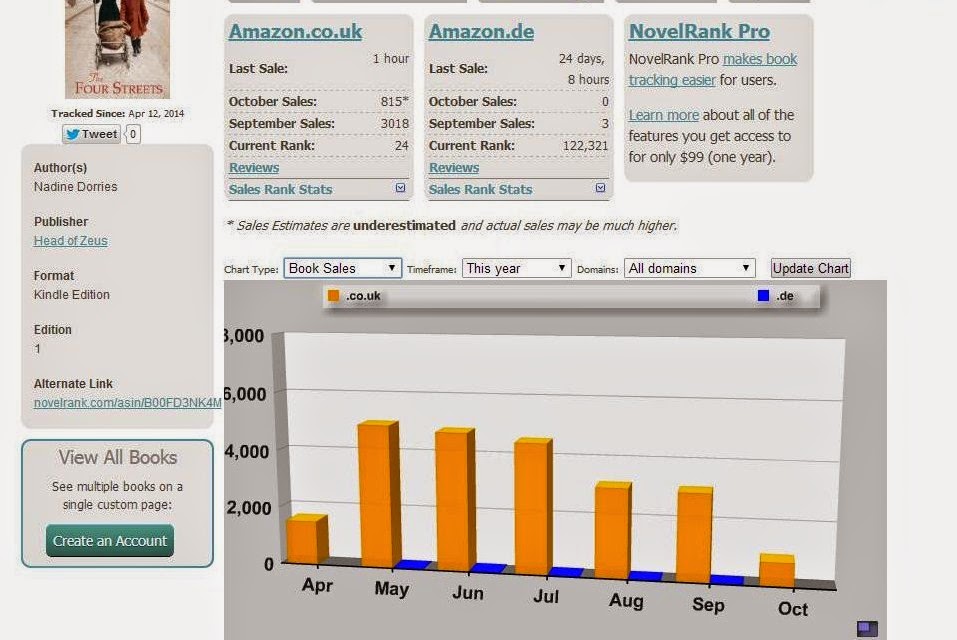 Of course, there are sellers other than Amazon, but it is estimated (see Forbes.com discussing the numbers HERE) that it has 80% of the ebook market in the UK. So, if we add 25% to that 23,000, to get a rough idea of total ebook sales, we come out at less than 29,000. This is less than a third of the figure pitched by the Standard, and not much more than 10% of the Fragrant Nadine’s whispered estimate.

The thought enters that someone is trying to dishonestly talk up The Four Streets in advance of the paperback edition being released (already discounted on Amazon down to £5.59). Ms Dorries has significant previous for being less than totally candid (see HERE, HERE and HERE) and Political Scrapbook found some of the five-star reviews of her book on Amazon a little suspicious.

There is a whiff of burning. Because someone’s pants are on fire.

[UPDATE October 14 1515 hours: The paperback edition of The Four Streets may have been discounted to that £5.59 figure by the publisher. This thought has entered after seeing just how low the price has been pitched by at least one major supermarket. 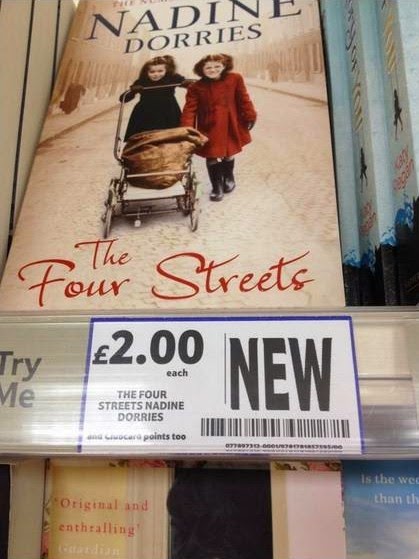 You read that right: Tesco - which shifts a large proportion of all paperbacks sold in the UK - has already dropped the price to a modest £2. One can only applaud Ms Dorries at having secured her advance before the book went on sale.

At that kind of price, neither she, nor Head Of Zeus, can be making much in the way of additional revenue. Was it such a good idea to rub the press up the wrong way by banning the man from the Telegraph from her book launch? After all, Every Little Helps]
Posted by Tim Fenton at 11:09

You can subtract 1 from that total - I didn't buy one.

She tweeted this earlier today: