The propensity of Mail Online to feature not just girls under the age of 16, but children, in its “sidebar of shame” is well-known: on the pretext that these are usually kids whose mums are famous, the website is very keen on publishing photos of them. We even saw the depths being plumbed when Heidi Klum’s eight year old daughter was referred to as a “leggy blonde”. 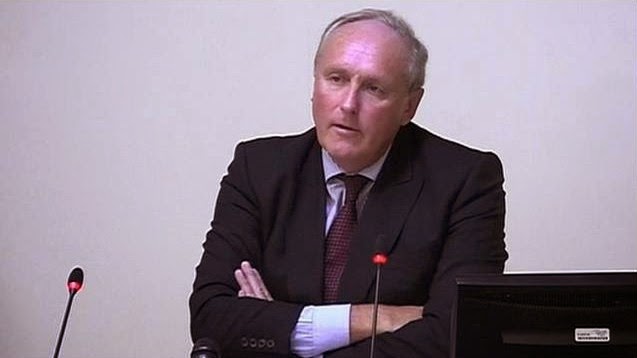 But today has brought the barrel-scraping to a new low, as Mail Online has brought its unfortunate readers the story of ... a 19 month old girl who allegedly dances to Beyoncé (or Beyoncé Knowles, as she was in the days when she had a surname). “The 19-month-old beauty queen 'diva' whose family have spent £5,000 on dresses and entry fees for pageants... just five months after she started walking”, it tells.

And, as the man said, there’s more: “Beauty queen Bobbi Boyden dances to 'Single Ladies' at pageants ... The 19-month-old from Essex has been dubbed 'Baby Beyoncé ... She wears a black leotard, curled hairpiece and lipstick for her routine ... Mother Stephanie says Bobbi is a 'diva' who loves the attention ... But others have questioned whether a toddler should enter a pageant”.

And others will question why the hell this kind of stuff – which is liberally plastered with as many photos of the unfortunate toddler as Mail Online can lay its hands on – needs to be splashed, and prominently with it, across a mainstream news website when the potential audience for child pageants is on the small side – unless there was an intention to attract the curious and creepy.

The comments from the toddler’s mother don’t help: “We put the music on and Bobbi started wiggling straight away. She watched the Beyoncé music video and just started to copy the moves. Every time she heard the song she would start dancing, so it seemed an obvious choice for her. She shakes her bum and she just thoroughly enjoys it”. Er, I’m sorry, but we don’t need to read this, thanks.

But Mum is being modest in other ways: “She does wear wigs and crowns and fancy dresses but I don't give her spray tans or cake her in makeup - I'll wait until she's about five for that. For now she wears a dab of lipstick and nail varnish”. What a fifth birthday present to look forward to – being caked in spray tan.

What’s the point of all this? Oh hang on, here it comes: “Pageant compere and former beauty queen Sara Collins believes that Bobbi has extraordinary talent and has signed the tot to her talent agency, 'Sara's Stars'”. So this is a tasteless PR churn masquerading as news. And creepy clickbait.

That Mail Online is desperate to up the click count is understood. That Martin Clarke and his pals cannot see that there are some places they should not go is not – well, not at Mail Online, anyway. The obsession with little children is deeply disturbing.
Posted by Tim Fenton at 17:33

19 months? Why that's almost "all grown up" © Daily Mail.
"'I knew she was a stunner when I saw the ultrasound image': Six-week-old is Britain's youngest beauty pageant entrant after her mother saw how 'beautiful' she was when she had her pregnancy scan"
http://www.dailymail.co.uk/femail/article-2808291/Six-week-old-Britain-s-youngest-beauty-pageant-entrant-entered-born-mother-thought-stunner-20-week-scan.html

Ah! The chilling effect of Leveson takes its toll.

Dacre just showing he has freedom to do as he pleases especially now that gong is waiting for him.

I tried Arnold's link thinking it must be a joke. It wasn't. How low can M on L get? Damn that clickbait.