After the hacking trial ended, the Murdoch press wasted no time in telling their readers that it had all been not only a gigantic waste of money, but of public money. The Times proclaimed that the total bill would come to around £100 million, while the Sun cheered Rebekah Brooks’ acquittal. The line was to pretend only one person – Andy Coulson – had got guilty, rather than six of them. 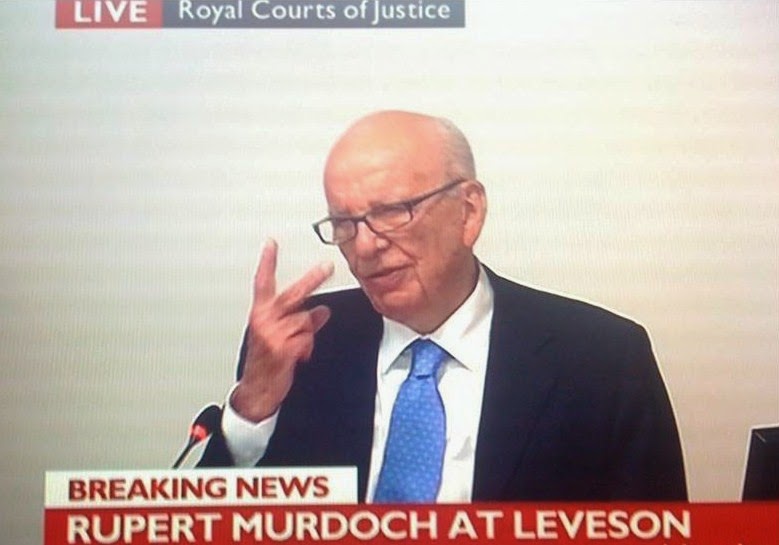 That's what I think of youse bladdy legal system, ya pommie drongoes!

Moreover, it was also stressed that those defendants found Not Guilty would now be able to reclaim their costs: the total bill for those, given that News UK shelled out for the best legal teams money could buy, was estimated to be around £60 million. However, and here we encounter a significantly sized however, there was the not inconsiderable presence of Mr Justice Saunders in the way. 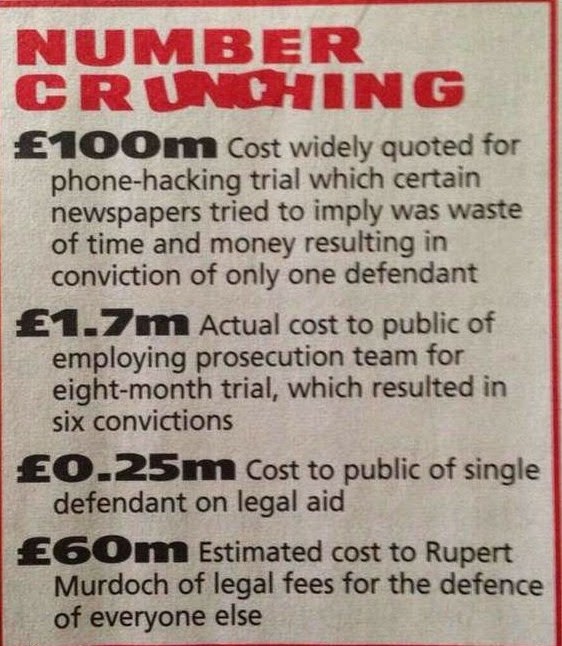 How Private Eye explained the numbers

And the figure they first thought of did not even get that far: as Peter Jukes observed, “The initial quantum for that claim was reported to be £25 million in legal costs. This was reduced two weeks ago to £7 million by the Crown Prosecution Service on the basis of equivalent legal aid, rather than private, legal costings”. One of those charged, Clive Goodman, had been on legal aid. 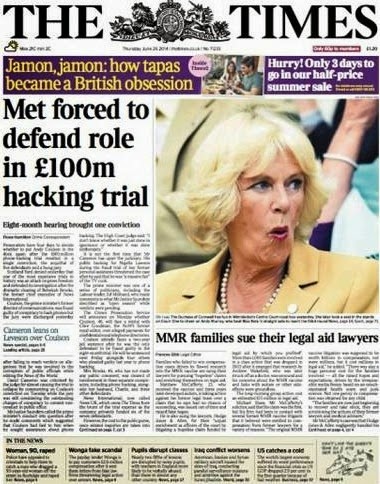 It was not the prosecution’s fault that Goodman’s team was costing little more than the 10% of that defending Rebekah Brooks. So now the Murdoch empire was looking at a rather small proportion of what it had expended, but even then, Saunders decided he had to ask questions of News UK, given that they had bankrolled so many of the defendants.

As Evan Harris of Hacked Off put it, “The judge made clear that, without calling into question the not-guilty verdicts, he felt it necessary to ask questions about whether News International behaved so as to provoke the criminal proceedings ... Although News UK do not accept that those questions are relevant to the cost application they have decided not to take the risk that they would have to answer, in open court, the questions about their conduct between the arrest of Clive Goodman in 2006 until the start of the police’s Operation Weeting in 2011”. 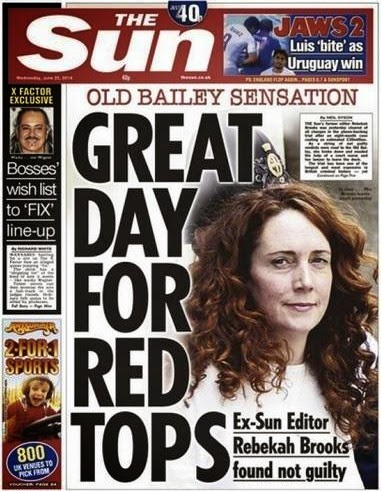 That meant that News UK withdrew their attempt at reimbursement – any reimbursement – rather than face questions about whether their behaviour ultimately led to the trial taking place. The individual claims fared no better.

Stuart Kuttner’s claim for a refund of £500,000, and Charlie Brooks’ attempt to get back £135,000, both foundered as Saunders judged that they had brought suspicion upon themselves by their behaviour – Kuttner for knowing that the Milly Dowler voice message was hacked and doing nothing about it, and Brooks for hiding what was actually legally obtained material.

All of which is not on the Times or Sun front pages today. No surprise there, then.
Posted by Tim Fenton at 12:59

"All of which is not on the Times or Sun front pages today. No surprise there, then."

Nothing from she who should not be menschioned as to why her forecast went a bit Michael Fishy in reverse?

Judge must have been influenced by Peter Jukes, obviously?

Back in 2003, Rebekah Wade told MPs that she thought journalists were entitled to use bugging devices and other covert methods if there was a strong public interest in the story under investigation.

A perusal of the various books about the phone-hacking will leave the reader in little doubt that phone-hacking was a frequent occurrence at that time at a number of newspapers, including those edited by Rebekah Wade.

Alan Rusbridger hasn't yet got down on his knees to beg forgiveness.

So it would have been a bit odd (would it not?) for the public to pay the legal costs stumped up by a company that failed to get a grip on large-scale law-breaking by its employees?

Ms Wade/Brooks also told the Select Committee in 2003 (not allowable as evidence in The Trial) that they paid police for stories and might have got into deeper water had not Andy Coulson intervened by saying it would have to be in the public interest (even though still illegal).

That should have put up a red flag for someone in the police forces but was totally ignored for some strange reason - but we can all have a reasonable guess. We may gain some clues from an ongoing trial.
Although the tweets of David Brown, a Times reporter,covering the trial using the hashtag cash4splashes# have mysteriously vanished suggesting that they have still not come to terms with complete transparency?.