Dan Hodges – Still Out To Lunch

Over at the bear pit that is Telegraph blogs, the collected, er, talents have been busy telling the world that Young Dave’s speech yesterday – when he inadvertently let slip that he “resented” the poor – was Really Very Wonderful. Most of this was routine, but coming out of left field was another frankly crackpot intervention from Dan Hodges, who is still whining about the Labour leadership. 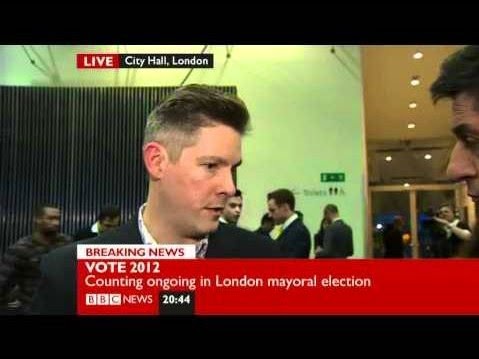 Yes, while James Kirkup dutifully told that “David Cameron did have a rabbit: tax cuts for the middle classes” (without also telling that those middle classes would have to wait until 2018 to perhaps see it), Janet Daley simpered “David Cameron: he said everything we might have hoped for” and Iain Martin scoffed “David Cameron's speech made Ed Miliband look utterly ridiculous”, Hodges was out to lunch.

And he appears still to be out there, as witness “Ed Miliband is toast. Only Nigel Farage can stop David Cameron now”. There, in the headline, is the most basic of false assumptions: who do UKIP abstract most votes from? Sure, the Kippers take them from Labour and the Lib Dems, but the lion’s share of disaffection crossing over to the Farage fringe is from the Tories.

That splits the right-leaning vote. There is nothing comparable on the centre-left to disturb Labour’s support, and so Mil The Younger needs only to keep that bloc in one piece, and get it out to vote, to have a rather better chance than the likes of Hodges will grant him. It may not be the economy, but it’s to do with sums, stupid. Or as Cloughie would have put it, “simple as that, young man”.

Dan is not listening: “With every fresh passage he pumped another bullet into the warm corpse of Ed Miliband’s New Politics. ‘Other parties preach to you about a Brave New World. We understand you have to start with the real world and make it better’”. But then, he’s used to voting Tory and quite literally cosying up to Lynton Crosby, so this should come as no surprise.

Yes, “There will be no more relaunches for Ed Miliband or his party. There is no more time. Today was the day that David Cameron finished Labour as an electoral threat. The choice facing voters at the next election will be as glaring as it was when Margaret Thatcher and Michael Foot were last on the ballot paper in 1983”. Except the split in 1983 was Mrs T’s opposition on the centre-left – not UKIP.

And what Hodges still cannot get his head around is that, despite Cameron’s slick delivery and crafted rhetoric, the polls refuse to move in his direction: today’s daily YouGov result has a Labour lead of 7%, with their lead on the NHS a whopping 16%. There is also the potential minefield of leaders’ debates, which Cameron is going to have to endure – or be called out for bottling.

Wake up and smell the coffee, Dan. You’ve imbibed too much bitter.
Posted by Tim Fenton at 13:18

An excellent post on the delusional Dan "fucking" Hodges, Tory in all but name.

He's been in mourning since late 2010 and trying to find a way to drag the Labour party to the right (of course, there aren't enough right wing parties, are there?) and hence the increased desperation of his prose, and his increased detachment from reality.

Dan doesn't do polls or evidence in any way: he does spite instead. He ignores psephological data, because it doesn't fit in with his rather bizarre narrative. As you, well and truly out to lunch.