There is a golden rule for the obedient hackery of the legendarily foul mouthed Paul Dacre to follow when reporting from Westminster: even if Young Dave’s campaign is turning out not necessarily to his advantage, do not, repeat do not, repeat DO NOT give any credit to Labour. And, if necessary, be as selective as possible in excising anything that might reflect badly on The Blue Team. 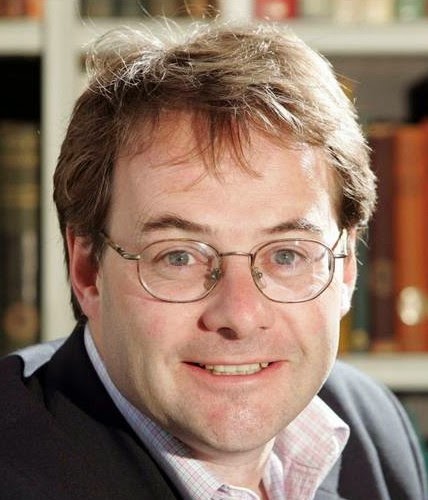 And there is no more loyal Dacre doggy than the appalling Quentin Letts (let’s not), whose report on yesterday’s debate on the EU budget adjustment (the one that nobody told Cameron about until he rocked up in Brussels last week, honestly) is a masterpiece of sly abuse and selective editing. Quent has even managed to miss the best value turn in the debate – because it was “Auguste” Balls.

Letts clocked Ken Clarke damning Dave with faint praise, by sympathising that he somehow didn’t know something that everyone in the Treasury and Foreign Office probably did. He got his abusive snark at Mil The Younger in: “Miliband busied himself rifling at high speed through a sheaf of documents”. That’s bad?

Ah but, as the man said, there’s more: “Gosh, he’s peculiar sometimes”. Yes, it’s dead peculiar to bother yourself to do some research, especially when Quent is, as I found out first hand at the Leveson Report presentation, wont not to bother taking notes, or, on occasion, even bothering to listen.

But back to Ken Clarke – and another Letts hate figure, John Bercow: “Mr Clarke was allowed to go on for an unusually long time. He put a long second question about the European arrest warrants, trying to stir more trouble for the PM. Speaker Bercow, who has scores to settle with Mr Cameron, gave Mr Clarke all the time in the world. Bercow chuckled”. I’ll bet he did. Not.

He still hasn’t mentioned Balls. So I will: while Miliband was waving the incriminating evidence in the form of Nicky Morgan’s letter at Cameron, the Shadow Chancellor was taunting the PM: “Are you going to pay?” Dave ignored him. So Balls eyeballed the rest of the Government front bench in turn, pointing at Cameron: “Is he going to pay ... well, is he going to pay?” They were not happy.

This, and Miliband’s letter-waving, are nowhere to be seen in Letts’ report. So Mail readers know that the PM had a less than ideal day, but the most significant causes of it – except for Ken Clarke, because he’s a Tory, and Speaker Bercow, because he’s a Mail hate figure – are airbrushed out. As such, Quent gives us an excellent illustration of how the Mail keeps its readers in the dark.

And before Quent says he’s being badly done by here – I am at least crediting him with being present and making his own notes this time, rather than cobbling it all together afterwards from Hansard. C minus, Letts – must try harder.
Posted by Tim Fenton at 17:26

"As such, Quent gives us an excellent illustration of how the Mail keeps its readers in the dark"

A bit unfair really. Like many of his comrades in arms he probably suffers from the lack of recollection of the salient points (not helped by not taking notes if that is the case - forgets his notebook perhaps?) as evidenced in the Leveson Inquiry from many of his confrères. Also accounts for the fictional bits I suppose - got to fill in the gaps somehow to fill up his quota of words. It's comment so truth doesn't really matter we're told.

On his plus side, unlike carers (topical old news) he gets paid for the bits he skates over (travelling time).