As has been promoted endlessly by Himself Personally Now, the perpetually thirsty Paul Staines appeared on the BBC’s Daily Politics yesterday and attempted to get the Guardian’s Michael White – a wiser man than any of the Fawkes rabble – to concede that Staines had been right when he had claimed that there was a second email system inside 10 Downing Street. 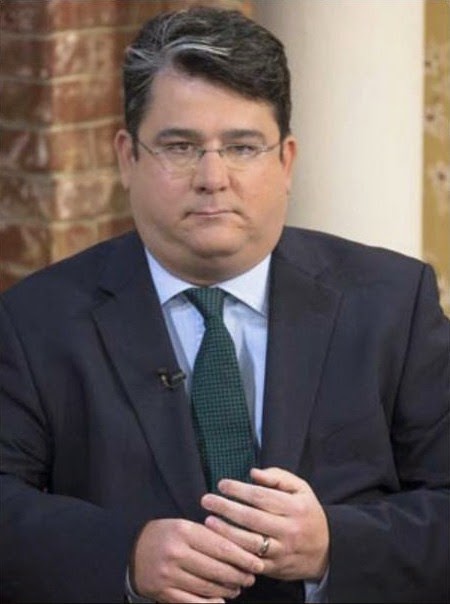 Feared. But not at the Guardian

White was having none of it, well, not without a reliable citation, and with good reason: one would not trust The Great Guido any further than one could usefully chuck the SOB. And on the specific claim, his instincts served him well. Either Staines is a technophobe, which I doubt, or he is a natural and congenital liar, which I don’t doubt at all. The explanation is straightforward.

Staines was fed this story, or something on the same lines, while Pa Broon was still Prime Minister. Thus he came to believe that, if he could only get someone who had worked there at the time to give him the nod, he would be proved right and all those rotten lefties at the deeply subversive Guardian would be wrong. However, and here we encounter a significantly sized however, he never got that nod.

Instead, when Damian McBride reminisced about the time when Brown and his team moved from the Treasury to the Top Job, he mentioned that there had been one desktop computer at 10 Downing Street that was not connected to the Government network. This would allow staff to access their personal email accounts, whatever the service provider – rather like one would in any large organisation.

The key word is “system”. One isolated machine doesn’t prove there was another system. And had it not been there, anyone wanting to send something from a private email account would only have had to nip out with their laptop to the nearest Wi-Fi hotspot, or at a pinch visit an Internet Cafe. Only the creative interpreters of facts at the Fawkes blog could spin it as a “second email system”.

So, if anyone ought to be giving anyone else an apology, it is Staines for trying to get a reputable journalist to buy into one of his packs of lies. There is no second email system within Downing Street, McBride never said there was, and The Great Guido once again can be seen with trousers well ablaze.

Pa Broon once told McBride “it’s the lie that gets you in the end”. It’s certainly what gets The Great Guido all the time. Another fine mess, once again.
Posted by Tim Fenton at 18:49

Yep, you can't access Gmail, Hotmail etc from a government machine. You can access the internet, but it goes through several firewalls and is as slow as the M25 at rush hour. So most government offices have, somewhere, one or a series of standalones. It's like accusing MoD, the FCO, or the Home Office of having secret systems, because they have this facility for their staff.

It's different now, but it used to be the case that Government Department networks were not connected to the Internet. Or at least not the web.

So a solo PC, with a modem, would be available for checking stuff out and downloading things

Later, for files deemed unsafe, like self extracting zipped files, might be obtained by a solo machine.

Not a second network.

"he mentioned that there had been one desktop computer at 10 Downing Street that was not connected to the Government network. "

This is regular practice all companies I've worked for in the last 15 years, there is at least one terminal and phone that is a direct unfiltered connection to the outside world for workers private biz, I'm certain it's an employment rule or law, or at least current HR, lets not get sued practice.
If Staines knew anything about the world beyond his 4 walls, he'd know this and he'd know most companies implement it.