In the UK, racism in football went unaddressed for many years. Black players routinely had to endure taunting and worse, and some clubs even prided themselves on remaining “white”. But in recent years, action has been taken to stamp out the problem, with players finding themselves on the receiving end of fines and bans. Thus bodies like the FA have shown they mean business. 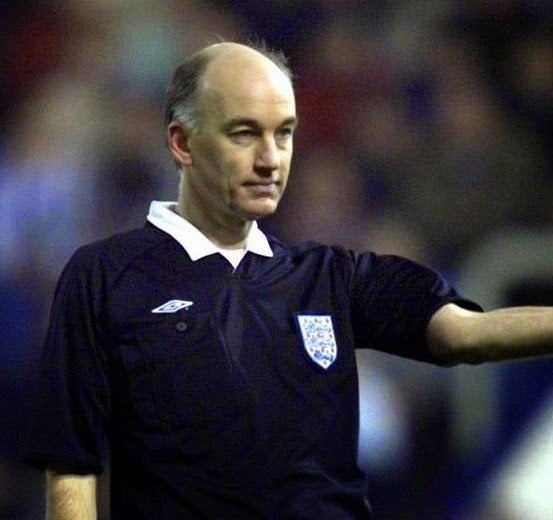 David Elleray: 'slap on the wrist'

However, and here we encounter a significantly sized however, the thought has entered in recent months that the establishment is practicing double standards, and that there is one set of sanctions for players, while a lesser set applies to, well, pillars of that same establishment. A comparison between two recent cases should prove instructive, if disappointingly so.

In October 2011, Liverpool hosted Manchester United at Anfield. During the game, there was an alleged altercation between United defender Patrice Evra and Reds’ striker Luis Suárez. Evra accused Suárez of racially abusing him; the striker was handed a large fine and, worse for him and his club, banned for eight games. Suárez was left in no doubt that his misconduct was serious.

And so, it seems, do officials, when their behaviour falls short of the required standard. Northumberland County FA vice president John Cummings has been handed a four-month ban for suggesting “a woman's place is in the kitchen and not on a football field” and telling one female official “It's nothing against you personally but all the time I'm alive, a woman will never referee in my league”.

But that may not be the end of the matter: “Cummings may yet appeal over the decision and BBC Sport understands he believes he should receive a more lenient sanction, just as the chairman of the FA's referees committee, David Elleray, did this summer”. Wait, what? David Elleray, the former Premiership referee?

As the Mail observed in July, Elleray “is chairman of the FA’s referee committee. He also sits on UEFA’s referees committee and acts as a technical adviser to FIFA. He was made an MBE for services to football in the Queen’s birthday honours last month”. What did this pillar of the establishment say to cause controversy?

Here’s what: “Elleray avoided punishment after he told Robert McCarthy, a black non-league referee coaching manager, that he ‘looked rather tanned’ and asked him ‘have you been down a coal mine?’ ... The FA ... reminded him of his responsibilities and ordered him to attend an equality and diversity training course”. Lord Ouseley rightly called this “unacceptable” and a mere “slap on the wrist”.

A mere footballer gets a fine, a ban, and is ostracised. A relatively minor official gets a four month ban. But a pillar of the establishment is swiftly forgiven, and calls for tougher action are waved away. Football isn’t doing itself any favours here.
Posted by Tim Fenton at 10:56

I'm sure there are a few women referees who would do a more decent job than many of the current Premier League refs whose main preoccupation seem to be to want to emulate Graham (I personally now) Poll. That is, to be seen and heard as the man of the match possibly with a view of gaining a column in The Daily Mail as a cleb to criticise his successors in his retirement.

Where is Sian Massey-Ellis now? not keeping company with Andy Gray I suspect. Respect!

Reading the Ellery article, apart from the appalling racist intent - which I imagine he though was banter - I'm left wondering how he thought someone would get a suntan down a coal mine.