UKIP – No Publicity Is Bad Publicity

Michael Crick and his colleagues at Channel 4 News must have thought they’d done rather well yesterday to show the world that Nigel “Thirsty” Farage had been a bit more than a cheeky-chappie-in-waiting in his youth, being described by his teachers as having racist and fascist tendencies, and singing Hitler youth songs when in the uniform of his school’s Combined Cadet Force (CCF). 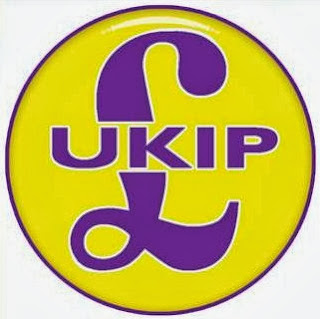 Farage has moved to deny the Hitler youth angle: “Of course I said some ridiculous things – not necessarily racist things”, and instead has used the revelation to point to a favourite UKIP topic. “You've got to remember that ever since 1968 up until the last couple of years, we've not been able in this country intelligently to discuss immigration, to discuss integration”.

Indeed, with his party’s annual conference starting today, Farage will be pleased as Punch to have the spotlight shining on him once again – that is, focusing publicity on him as the acceptable face of UKIP, and away from the likes of Godfrey Bloom (“these Channel 4 chaps are terribly difficult to tell apart”) and Roger “water cannon and then shoot them” Helmer.

As such, he can manage the media attention far more easily, shrugging off his various escapades at Dulwich College as mere youthful exuberance and quite reasonably saying that there is a world of difference between what folks get up to in their teenage years and the legacy they leave as grown-ups. And Channel 4 News has given him the means to accomplish this.

After all, UKIP’s opinion poll ratings, which had risen above 20% earlier this year, have been slipping back, with yesterday’s much-spun YouGov poll for the Sun showing them on 12%. What better for those ratings than for Farage to have his Powellite past exhumed, so he can play the victim – that it’s not racist to discuss immigration – and blow that dog-whistle.

But who’s worried about Farage any more? Well, the Tories and their cheerleaders, that’s who: one look at the bear pit that is Telegraph blogs is all you need to confirm this. Will Heaven has pointed out that Michael Ashcroft’s latest polling data makes grim reading for Young Dave and his jolly good chaps, especially in seats where the Tories had slim majorities over Labour last time round.

Iain Martin sums it up thus: “The ghost at the Tory feast is still UKIP”. It’s all very well making themselves feel better by playing yah-boo at Mil The Younger, only for the cheeky chappie and his saloon-bar-propper-uppers to nick enough votes to eject Cameron from Downing Street. And all that free publicity Farage is getting right now is going to do UKIP poll ratings no harm at all.

Don’t be surprised to see Michael Crick at the top of the Farage Christmas card list.

[UPDATE 1640 hours: unfortunately for Farage, any attempt to confine media attention to himself has been scotched by Godfrey Bloom, who has managed during the afternoon to call a group of women attending his party's conference "sluts", denounce Michael Crick as "racist" for asking The Great Man why his party's conference literature was devoid of non-white faces (Bloom then struck Crick with the same magazine which the Channel 4 News man had criticised), and threatened to punch another journalist.

Even other UKIP members are unhappy about Bloom's behaviour, not least Diane James, who came second in the Eastleigh by-election. But help is at hand for Farage: someone from the bear pit that is Telegraph blogs still supports him.

Yes, James "saviour of Western civilisation" Delingpole is ready to champion Nige, telling his adoring readers (Damian and Toby Bonkers) that Farage is "the only politician who dares say what we're thinking". Why is this? Because, Del Boy suggests, he's prepared to talk to the fears of folks who are concerned about "having parts of their city turned into no-go areas by Islamist thugs".

And there was me thinking that Delingpole understood the difference between reality and the dross that his pals churn out in order to frighten the readers]
Posted by Tim Fenton at 10:30