We now know that the campaign to persuade the public that global temperatures have not risen at the rate previously claimed has failed. Worse, it has been thoroughly and demonstrably debunked, and its practitioners exposed as spin and fraud merchants. And the result is that those who pretend that it’s not happening have resorted to petulance and abuse as a result. 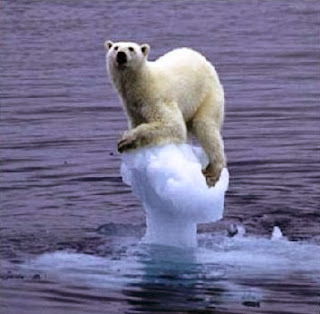 Zelo Street regulars will recall the misleading ideas peddled by the Mail On Sunday’s David Rose (most recently filleted HERE and HERE), which have, as with so much Mail content, been spread around a number of other online sources as if they were fact, which they are not. As David Holmes has shown at The Conversation, Rose got his key statistic badly wrong.

Rose claimed that the 2007 Intergovernmental Panel On Climate Change (IPCC) report had asserted the rate of warming since 1951 to be 0.2 degrees Celsius per decade, adding that it was now agreed to be just 0.12 degrees, and therefore concluding that it was “only half”  the amount previously claimed. But the original figure was 0.13 degrees Celsius.

That means a change not of 50%, or even 40%, but less than 8%. The kind of variability that happens. And the rest of the spoilers being peddled ahead of the IPCC report have been dismissed by head man Rajendra Pachauri, who advised journalists that “There will be enough information provided so that rational people across the globe will see that action is needed on climate change”.

That hasn’t stopped the Rose canard from being taken up by the Murdoch press in Australia, but this too has been debunked by Paul Barry of ABC’s Media Watch, who has observed that Australian shock jocks are just as keen as their cousins Stateside to declare for the climate sceptic brigade. And one sure sign of failure has come from one of our own best-loved climate sceptic ranters.

Step forward James “saviour of Western Civilisation” Delingpole, who has responded to the 95% certainty of the IPCC that human activity is causing temperatures to warm by sneering “95 per cent of intelligent people know the new IPCC report is utter drivel”, but sadly, apart from his adoring readers (Damian and Toby Bonkers), few whose opinions matter will be swayed.

Del Boy cites a scientist who does not agree with the IPCC assessments, lauding his work as “excellent”, whines about ABC Media Watch being from an “irredeemably left-wing” broadcaster, attacks the deeply subversive Guardian (quoting another source of which he approves), and also talks up Christopher Booker, the pundit who thinks white asbestos is no more harmful than talcum powder.

All of which means he’s a busted flush, and the spoilers haven’t worked. The end.

[UPDATE 26 September 1105 hours: Delingpole has been given the opportunity by the Telegraph to make one last desperate throw of the dice, this time in the print version of the paper. "Global warming believers are feeling the heat" is the headline, being an excellent example of projection. The likes of Del Boy are the ones who truly believe, while all those rotten scientists dealing with all that nasty evidence are doing no more than going where it takes them. No belief system is required.

Although the article masquerades as informed comment, it is laced with abuse: "nonsense ... evidence-free ... discredited ... bravura spin ... scaremongering ... bluster ... skulduggery ... snouts in the subsidies trough ... gravy train". The assertion that warming stopped in 1998 is wheeled out for yet another encore, with Delingpole managing not to mention that the ten warmest years ever have come since then.

Sadly, nobody is taking his advice and recanting, and the only sources he can cite in support come from the usual retinue of contrarians and amateurs. Thus the piece does no more than confirm that the Telegraph ceased to be a paper of record long ago, and is prepared to peddle the thoughts of Del Boy as if they were the musings of a responsible, informed and competent science writer. And, thanks to the work of Paul Nurse, we all know how valid that claim is]
Posted by Tim Fenton at 17:07