The news that the Daily Mail was dispensing with the services of Melanie “not just Barking but halfway to Upminster” Phillips may not have caused an earth tremor of any size, even across middle England, but, quite apart from the rejoicing at the putting out to grass of yet another rant merchant who was not nearly as nice as she would like us to believe, is the prospect of more to follow. 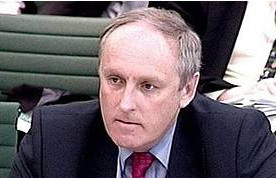 Mad Mel is being replaced by Dominic Lawson, former editor of the Spectator and Sunday Telegraph, who has done occasional pieces for the Mail, the most recent of which was to acclaim oil exploration and the prospect of hydraulic fracturing (aka fracking) in Sussex. He is married to the sister of Christopher Monckton, he of implacable opposition to anything climate change related.

That is not necessarily a pedigree that fits the demands of the legendarily foul mouthed Paul Dacre, who, despite his generally authoritarian and right-wing leanings, uses the services of pundits not on the basis of party affiliation, but because they fit in to his “conversation” with his readers, and are able to couch their writing in the required Why-Oh-Why style.

That is the subtle difference between the Mail and the Telegraph: the Tel is an unabashed Tory Party supporter, expenses row or no. If Dacre thinks the Tories do not share his vision on any particular subject, he makes sure they get the necessary kicking. So Lawson’s appearance, coming hot on the heels of Sarah Vine (aka Mrs “Oiky” Gove) arriving from the Murdoch Times, may herald a change.

And that change is going to really get going, along with a lot of the dead wood, when Dacre is prevailed upon to shuffle out the exit door and make way for a younger, but all too possibly equally bullying and obnoxious, editor. Paul Dacre turns 65 in November. He is known to have a heart condition. Although he is a notorious workaholic, he will know that he cannot continue indefinitely.

So November may be when the Vagina Monologue leaves. Whoever succeeds him – Tony Gallagher of the Maily Telegraph is the suitably unpleasant favourite – will want to stamp his own mark on the paper. And that means more pundits are likely to follow Mad Mel out of Northcliffe House. Who might their number include? Stephen “Miserable Git” Glover would be high on my list, as would the appalling Jan Moir.

On value for money grounds alone, talentless churnalist Richard Littlejohn would go. And on top of those you can perm any two from Simon “Enoch was right” Heffer, Amanda Bloody Platell, and the odious Quentin Letts (let’s not). So do not be downhearted at the thought of the Vagina Monologue being retired: he is likely to be followed out the door by some equally unpleasant colleagues.

An early Christmas present beckons for all victims of Mail aggression. Excellent!
Posted by Tim Fenton at 13:22

Letts raised our hopes in January by announcing his imminent retirement, only for the column when he made the announcement to disappear quietly, followed by the continued infliction of his drivel on a very reluctant public. So I'd put him high up the queue for the exit door.

I'd like Liz Jones to get Dacre's job when he finally retires to his garden shed. Either that or he gets Liz as his retirement present.