There is no more sad and pathetic sight at this year’s Labour Party Conference than one former member so desperate for attention but given the time of day by hardly anyone: step forward Whingeing Dan Hodges, formerly the Colonel Nicholson of the party, but now a figure adrift who gives the impression of a stuck record as he drones on and on about how useless Mil The Younger really is. 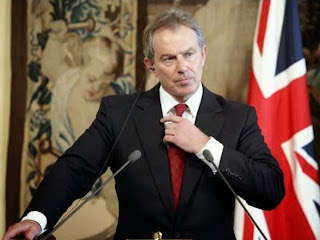 He still isn't coming back, Dan

Today’s example – “The One Nation Labour balloon is punctured, drifting, and slowly sinking. Can it stay afloat long enough?” is typical: whatever Miliband does is rubbish, the party thinks he’s rubbish whatever they may tell the media, any policy announcements are rubbish, the voters know he’s rubbish whatever they may indicate in the opinion polls, and PLEASE LISTEN TO ME, LABOUR PEOPLE.

The problem for Hodges is that nobody wants to bother with what is fast becoming a kind of monotonous background noise: “Ed Miliband strode into the TUC's house. And then he bottled it, and ran away” was the line being trotted out a fortnight ago – in other words, Ed’s rubbish (et cetera, et cetera, et cetera). Any reform of Labour’s link with the Trades Unions was rubbish.

Besides, there had to be some kind of tie-up with the Unions: “Labour needs its link with the unions, to save it from its own middle-class metropolitan guilt” followed just the following day. Yes, the party of Kier Hardie, Aneurin Bevan, Eric Heffer, Dennis Skinner, Alan Johnson and John Prescott is weighed down with “middle-class metropolitan guilt”. And so the monotone continues. And Ed’s rubbish, by the way.

One day later came “Labour's crusade for the poor is morally commendable. But it's political suicide” as the idea of abandoning the so-called “bedroom tax” was equated to the abandonment of that fabled middle ground. So a party that is supposed to stick up for ordinary working people and fairness should ditch such ideas, and if they don’t, they can’t occupy the centre ground (and are rubbish). Sounds daft? It is.

But still he ground on, whining that “It's as we thought in 2010: Labour is still in the wilderness”. They were lurching to the left, and Young Dave was going to win next time. But someone gave him the time of day: “A few weeks ago I was speaking to one No 10 insider about Labour’s stance on welfare. She asked me, in absolute seriousness ...”. Susie Squire’s his new pal, eh? Just about says it all.

Hodges cannot get his head round those pesky facts: repealing the so-called “bedroom tax” is popular. Looking again at the way Government treats disabled people is popular. Ending the waste of “Free Schools” where there are already plenty of places in the area is popular. Wanting everyone to play ball on the minimum wage is popular. Everyone else writes off Miliband at their peril.

And nobody who matters cares a jot what Dan Hodges thinks any more. The end.
Posted by Tim Fenton at 16:25

His mother must be so proud of him.

did anyone care, ever? He was always a relaly rubbish I'd have thought his fate, and reputation, were sealed after the New Statesman got rid of him for only ever having one opinion on anything (to quote BorisWatch, disaster for flailing Miliband) and for his refusal to write about anything else.

I was watching a webchat with him on the telegraph site a while back where someone asked him why, if he supports more or less every single Tory policy (which is the case as he admits), he continued to be a Labour member. His answer - 'tribal loyalty' - was barely worthy of a primary school debate. And now he's exited the party he's left with absolutely nothing.