There are no new ideas in politics: whenever a supposedly fresh gimmick comes along, after a little searching of the back catalogue, it can be shown that it has been tried before. And there is no more well-worn political idea than to suggest an economic downturn has ended, when it is manifestly clear that it has not. Today’s prime example is provided courtesy of the Maily Telegraph. 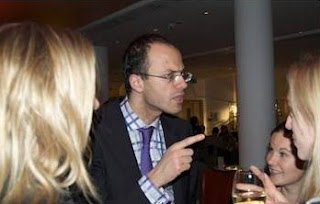 No, they don't want to look over there

Step forward Allister Heath, supposedly free-thinking and independent editor of free sheet City AM, but in reality just a stooge for the so-called Taxpayers’ Alliance (TPA). In a piece titled “The economy must work for the many not for the few”, and intended to pass adverse comment on the “politics of envy”, Heath begins by talking of an economy “roaring back to life”.

And his very first sentence begins “The end of the recession”. If you live and work anywhere outside London and the South-East, that may be news to you. That is because the recession has not ended, and this is felt most keenly away from the capital. So why say it has? Ah well. This is another example of talking up the economy, most memorably attempted by Herbert Hoover.

Hoover was inaugurated at the beginning of 1929, the year in which many took leave of their senses and kept betting on an ever-rising stock market. The “boundless optimism” came to a very sudden halt on “Dark Thursday”, October 24, when that market slumped, and despite some attempt at recovery, slumped again the following Tuesday and then carried on down for almost four years.

This did not faze Hoover, as J K Galbraith later observed: “in June 1930, things were bad and getting much worse. A delegation called on President Hoover to ask for a public works relief program. He said: ‘Gentlemen, you have come sixty days too late. The depression is over’”. It was bunk then, and it is bunk right now. The UK economy is still 3% smaller than it was at its pre-recession peak.

Even Heath talks of “real wages falling and living costs rising inexorably”. And his solution? “To make sure that decent jobs, respectable homes and the possibility of retiring one day are seen once again to be in reach of the striving classes, the sorts of people who in the 1980s would have voted for Margaret Thatcher but today are squeezed and disenchanted”. Note the phrase “in reach of”.

That does not mean “available to”. It means creating the impression, or perhaps that should read illusion, that the “striving classes” can aspire to “decent jobs, respectable homes and the possibility of retiring one day”. It means moving the carrot just close enough for the masses to see it, while the reality is that those who bankroll Heath’s pals at the TPA couldn’t give a stuff about them.

And that is something no amount of spin can talk up. No change there, then.
Posted by Tim Fenton at 12:14

“The economy must work for the many not for the few”.

A surprising thing for Heatho to say given that the freebie he edits is all about reporting about an economy that works for the few not the many.

And he is writing in the Telegraph, whose editors seem to experience sexual rhapsody when sucking up to the same economic few.