There has been yet another shooting spree in the USA, this time in a Navy Yard at Washington, DC. This resulted in Capitol Hill briefly going into lockdown, as well as that part of the city near the site of the shooting. But, guess what? There isn’t going to be any action taken, no tightening of gun laws will result (not even background checks), and life will go on very much as before. 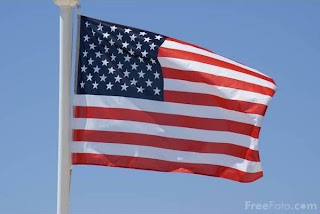 Twelve have died – plus the gunman, Aaron Alexis, of Fort Worth, TX – in the latest mass shooting to hit the USA. Security at the Navy Yard will no doubt be stepped up, but then, what about the rest of DC? There will be more shrugs, more acceptance of this state of affairs, and after a few more weeks, there will be another mass shooting. More deaths will occur, a small part of the thousands each year.

When such incidents have occurred in the UK, at Hungerford and Dunblane, action was taken. We have a far lower rate of gun death per head of population than the USA. Yet there will be no attempt at stricter control, on pain of the NRA kicking off about the Second Amendment to the Constitution. Except that some are interpreting the Second a little freely nowadays.

For starters, hardly any gun owners in the USA are part of “A well regulated militia”. Regulation? Whisper that word quietly, or someone will be along to very loudly remind y’all about Freedom. It’s just tough luck on the freedom of the poor souls who get killed every time someone runs amok with their chosen array of weaponry, blowing bits out of anyone who gets in their way.

And how have the pundits responded? To their credit, the Telegraph has got someone to state the bleeding obvious: their US Editor Peter Foster spelt it out thus: “Aaron Alexis took advantage of America's scandalously lax gun laws”. Well said that man. How lax is that? Check out my previous post on the kind of weaponry you can own legally – with no more than a presentation of your driver’s license.

But elsewhere at the Tel, normal excuse service is resumed by Tim Stanley, who you can tell as he’s a doctor: “this isn't about guns, it's about the random evil of angry men”. Christ on a bike, some folks can’t get out of this rut, can they? Alexis’ anger was facilitated by, guess what, the ready availability of guns. The guns delivered the fatal shots. It is absolutely about guns.

There may be a role for better health care to play: many of those who go off on shooting sprees have underlying mental health issues. But, at the end of the proverbial day, they get to kill and maim so many others because they have easy access to guns. Without the guns, there would not be so many deaths. The key word here is Guns. Am I getting through, Dr Stanley?

The only way to curb gun deaths is to reduce the number of guns. End of story.
Posted by Tim Fenton at 17:07

"The only way to curb gun deaths is to reduce the number of guns. End of story."

No. That's the kind of absolutist, simplistic stance that the NRA nuts are more than happy to argue against. All they have to do is show there are other factors at work (and there are), and they can dismiss *you* as the extremist and win the PR battle.

And the joke is they've already lost that battle. Even when the de minimis changes proposed after Sandy Hook were blocked in Congress, something like 75% of US voters supported them. Polls showed there was a majority in favour even among registered Republicans. Those in favour of better regulation of course need to keep people focused on the horrific reality, but they shouldn't be afraid of also acknowledging the complex nature of the problem, or that literally nothing will ever completely stop gun violence.

That's not an argument for failing to reduce it as far as possible.