Torture – Who Carries The Can?

We knew that the CIA, and most likely MI6 and their opposite numbers in other countries, had subjected many suspected of terrorist acts to “extraordinary rendition” – taking them to places where it was easier to mistreat them – and had either condoned, directed, or directly participated in acts of torture. Many shrugged and rationalised this as something that was keeping us safe. 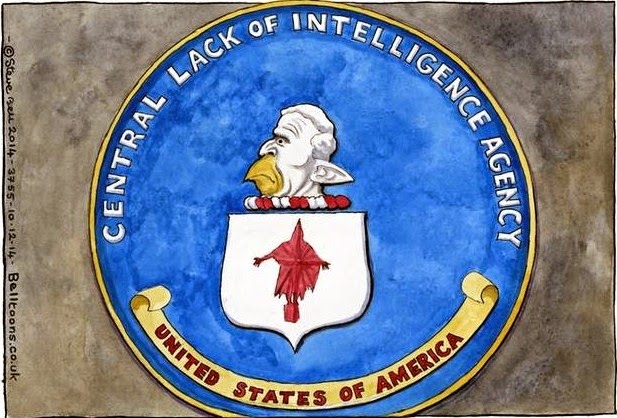 All the previous available evidence, though, suggested that the kinds of techniques which would make scenes from Day Of The Jackal and The Ipcress File look rather tame were ineffective and would not yield useful intelligence. The idea that subjecting prisoners to harsh and, yes, brutal treatment was keeping us safe was therefore a myth. We now know that the latter scenario is the true one.

We know this because the United States Senate Intelligence Committee has now released a summary of its report into the CIA’s “Interrogation Program”. The findings make grim reading; one can understand why the team producing last night’s 2200 hours BBC News left out some of the more brutal methods used, particularly “rectal hydration” – which left at least one detainee in a suicidal state.

As it all sinks in, it’s clear that the waterboarding, sleep deprivation, placing prisoners in stress positions, subjecting them to loud noise and heat extremes, beatings, “games” of Russian Roulette, threats to families, and yes, forced rectal feeding prevented no attacks at all. Nobody anywhere in the West, and probably elsewhere, was kept safe by the torturing of others.

Indeed, it’s arguable that the catalogue of inhuman behaviour has merely given the green light to organisations like ISIS, or whatever they’re calling themselves this week, to mistreat their own hostages, even to the extent that they can rationalise their campaign of beheadings this way. The CIA-led campaign is likely to have had the opposite effect to that claimed, and actually put lives in danger.

So far, so sobering, but now the question is being asked: if this kind of behaviour had been found to have been used against US and UK citizens, whether on military service or not, we would most likely go after the perpetrators in order to bring them to justice – so if we would put them on trial, why are we not putting those who approved and directed the CIA and MI6 campaigns on trial?

“UN Special Rapporteur on Human Rights and Counter-Terrorism Ben Emmerson said that senior officials from the administration of George W Bush who planned and sanctioned crimes must be prosecuted, as well as CIA and US government officials responsible for torture” reported the BBC. Emmerson said “As a matter of international law, the US is legally obliged to bring those responsible to justice”.

If we are to set an example here, bring them to justice we must. End of story.

[UPDATE 1610 hours: anyone still not persuaded of the gravity of what has been revealed in this report need look no further than the Twitter wibblings of (thankfully) former Tory MP Louise Mensch, who has decided that, as the party she supports opposed it, all it contains is wrong.

In support of this she is citing a website called CIA Saved Lives, which appears to have sprung up specifically to rebut the Senate Report. This is held to be the absolute and unvarnished truth.

No mention of all those inhumane treatments, no mention of groups like ISIS using them as justification for their own brutality, no mention of the many detainees who had no connection to any terror organisation but were tortured anyway, and no attempt to stand up what is on the site has been attempted.

There is so much on the Mensch Twitter feed that one wonders whether she ever bothers to engage brain first. But one thing is certain: the only people persuaded by her intervention will not be siding with the CIA. So that's what she would call a fail, then]
Posted by Tim Fenton at 10:39

Wonder how he knew about omissions and errors? Louise been on the hot line to MI5/6 and GCHQ again?