The ruckus over collapsed parcel delivery firm CityLink shows no sign of dying down, although it’s coming clear that Jon Moulton and his merry men at Better Capital have put their collective heads well below the parapet, knowing only too well that, should they do otherwise, they’re all too likely to get them shot off. CityLink, we are now informed, was so insolvent that there is no money to make redundancy payments. 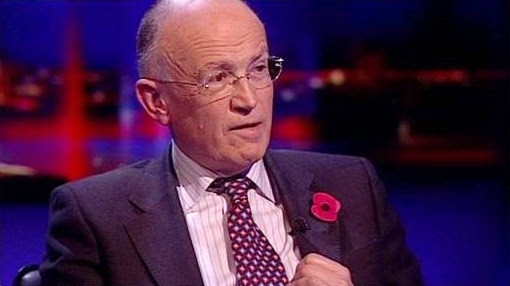 Have a think about that. How, it has to be asked, did the firm manage to keep that state of affairs so quiet right up to Christmas week? While pondering yet another question that Moulton and his pals won’t be rushing to answer any time soon, there is also the warning of what may happen to parcels still on hand, as the Telegraph has told: “Thousands of customers face a rush to reclaim stranded parcels from City Link before they are sent back or possibly destroyed”.

Wait, what? “The fate of uncollected mail ‘will be discussed and agreed with City Link’s customers’ as the company is wound up, but it refused to rule out destroying any packages that are not claimed by the sender or recipient … The administrators said the depot doors would only stay open for ‘a short period of time’”.

It gets worse: “individual customers and recipients and small businesses face having to track down their undelivered parcels themselves. In a statement, [Ernst and Young] said it is ‘currently evaluating the number of parcels with the company and discussing arrangements to return parcels to customers’ … They urged buyers and intended recipients to retrieve their parcels ‘as soon as possible on or after Dec 29’”.

The impression is given that somebody wants CityLink to be rolled up and finished with an undue amount of haste. And one item from the Guardian’s report following the announcement that the firm had gone into administration should be remembered, and remembered well: “Better Capital has already written down its £40m investment in City Link to £20m”. So is there still £20 million available, or isn’t there?

And if there is £20 million still there, why isn’t it being used to make those redundancy payments? This is where the whole thing begins to smell very ripe indeed. The Tel reveals that “The administrators said City Link executives knew in late November that the company was in trouble and put in place a ‘turnaround plan’ that ultimately failed”. They didn’t give that plan much chance to succeed, then.

With only a month between putting in place the “turnaround plan” and the point “By December 22 [when] the company had begun paying off suppliers and subcontractors and attempting to run down the number of packages it was holding”, that is not a credible explanation. You don’t give a business four weeks to turn itself around. But you might give it four weeks to ready itself to be wound up.

The questions keep on mounting up. And Jon Moulton is nowhere to be seen.
Posted by Tim Fenton at 11:06

He was on the R4 Today and claimed that although the taxpayer would have to fork up the standard reduncy payments they (the taxpayers via the HMRC) had received millions through PAYE and VAT an the like, conveniently forgetting that most PAYE is collected from their employees wages and VAT is collected mostly from their customers. He didn't say whether those payments were up to date though and neither did he say whether any tax losses had been utilised by other members of the group.

I wonder how much of the losses will be due to inter-company loans, at inflated interest rates, and management fees? It could be that Better Capital didn't seek any fees and only charged market rates, but that's not what hedge funds usually do.