Once again, the perpetually thirsty Paul Staines and his rabble at the Guido Fawkes blog have shown that others should do as they say, rather than as they do, as they have once again gone after Sayeeda Warsi, but not because she is a follower of The Prophet, oh no. The reason for the latest attempted kicking is to suggest “Perhaps Baroness Warsi’s New Year’s resolution should be to think before tweeting about ‘Jews’”. 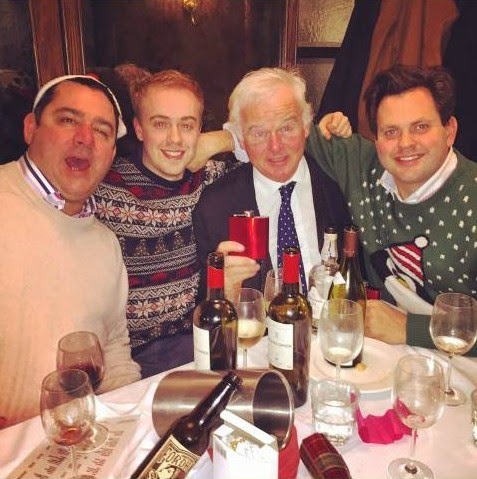 Celebrate Christmas with the Unprincipled Bigots

And what, O Great Guido, has she done that may be less than proper? “The noble and principled former ‘Senior Minister of State’ has made series of bizarre claims about the ‘British Jewish community’ and ‘British Jews’ this morning”. What is so wrong with that, Fawkes folks? Baroness Warsi had asserted that some in the Jewish community stopped talking to her after she resigned her cabinet post earlier this year.

Cue the Fawkes spin: “Just one problem: contrary to Warsi’s accusation, the Board of Deputies did reach out to her after she resigned, and it was actually the Baroness who ignored them”. And, as Jon Stewart might have said, two things here. Warsi did not make any such accusation against the Board of Deputies. And when it comes to making suggestions of anti-Semitism, the Fawkes rabble are in a very difficult position.

As I’ve noted previously, the Holocaust Chronicle shows that during the 1930s there were a number of portrayals of Jews as “puppet masters”, with those they thus controlled therefore mere marionettes. This was also confirmed by the Fawkes rabble when they launched an attack on Guardian cartoonist Steve Bell, although Bell had deliberately used glove puppets and not marionettes.

Now look at a recent Simon Carr “sketch”, which asserts that Ed Miliband “dances at the despatch box like a spastic marionette”, following that with talking of his “convulsive string master taking another swig of the meths”. Quite apart from the barrel-scraping abuse of “spastic”, there is a clear instance of anti-Semitism – from a blog that likes to pretend it is hot on anti-Semitism.
It gets worse: Staines will have known full well that Carr had a tendency to this kind of behaviour, yet still gave him a job. Take this sketch from March 2011: “Over here we have the tall, well-dressed captain of the Upper Blues, popular with the grown-ups, easy way about him with the younger boys. And over there, that specimen is the head of the Lower Reds with the ears, teeth, and peculiar mouth”.
Do go on: “Not exactly swarthy, but not what you'd call properly English either. Something rum about him”. And what, Simon, would you have meant by that? Something Middle Eastern, perhaps? As in “Disney could use him as a model for a villainous vizier in the Arabian Nights. Do you get him up in the morning by rubbing his lamp?” Swarthy. Not properly English. Rum. Perhaps Middle Eastern.
Employers of rabid anti-Semite call out others for anti-Semitism. Another fine mess.
Posted by Tim Fenton at 17:27