After the deserved awarding of the Team Shambles award to Network Rail (NR) for their uniquely inept display in handling the overrunning engineering work at London’s King’s Cross terminus, and the chaotic scenes at Finsbury Park, has come the inevitable media kicking. However, and here we encounter a significantly sized however, at least one paper has not bothered to do its research before kicking. 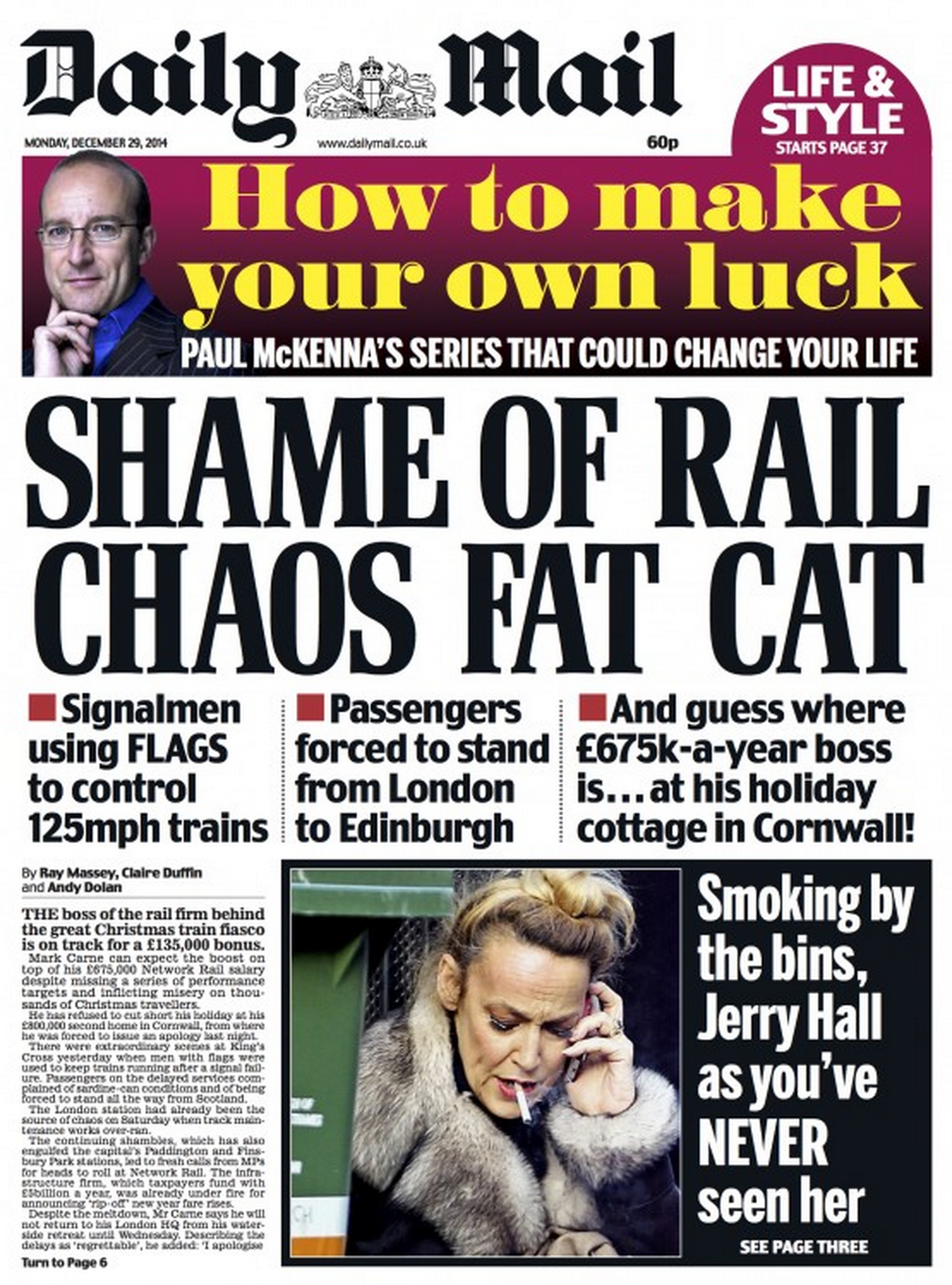 To no surprise at all, the name in this particular frame is the Daily Mail, where the excess of pundits at the expense of proper investigative journalists is always likely to show up in a lack of factual knowledge. “SHAME OF RAIL CHAOS FAT CAT” thunders the headline, but then it all goes wrong as readers are then told “Signalmen using FLAGS to control 125mph trains”. And, as the man said, there’s more.

“Passengers forced to stand from London to Edinburgh” screams the headline. These Mail hacks don’t travel by East Coast very often, do they? Rising passenger numbers, a finite number of trains, engineering works restricting the number of trains yet further, and that busy although brief period after the Christmas shutdown, produces an all-too-predictable outcome. But do they have a point with the flag signalling?

Well, no they don’t. If there is a problem with the lineside signalling, NR have a number of alternatives. They could just stop running - not desirable, especially after the Finsbury Park business - or implement the slow but safe practice caught on camera. The potential speed of the trains is irrelevant: many modern cars can pull 125mph, albeit not legally, but no-one would get so worked up at being directed by a Police officer’s hand signals. 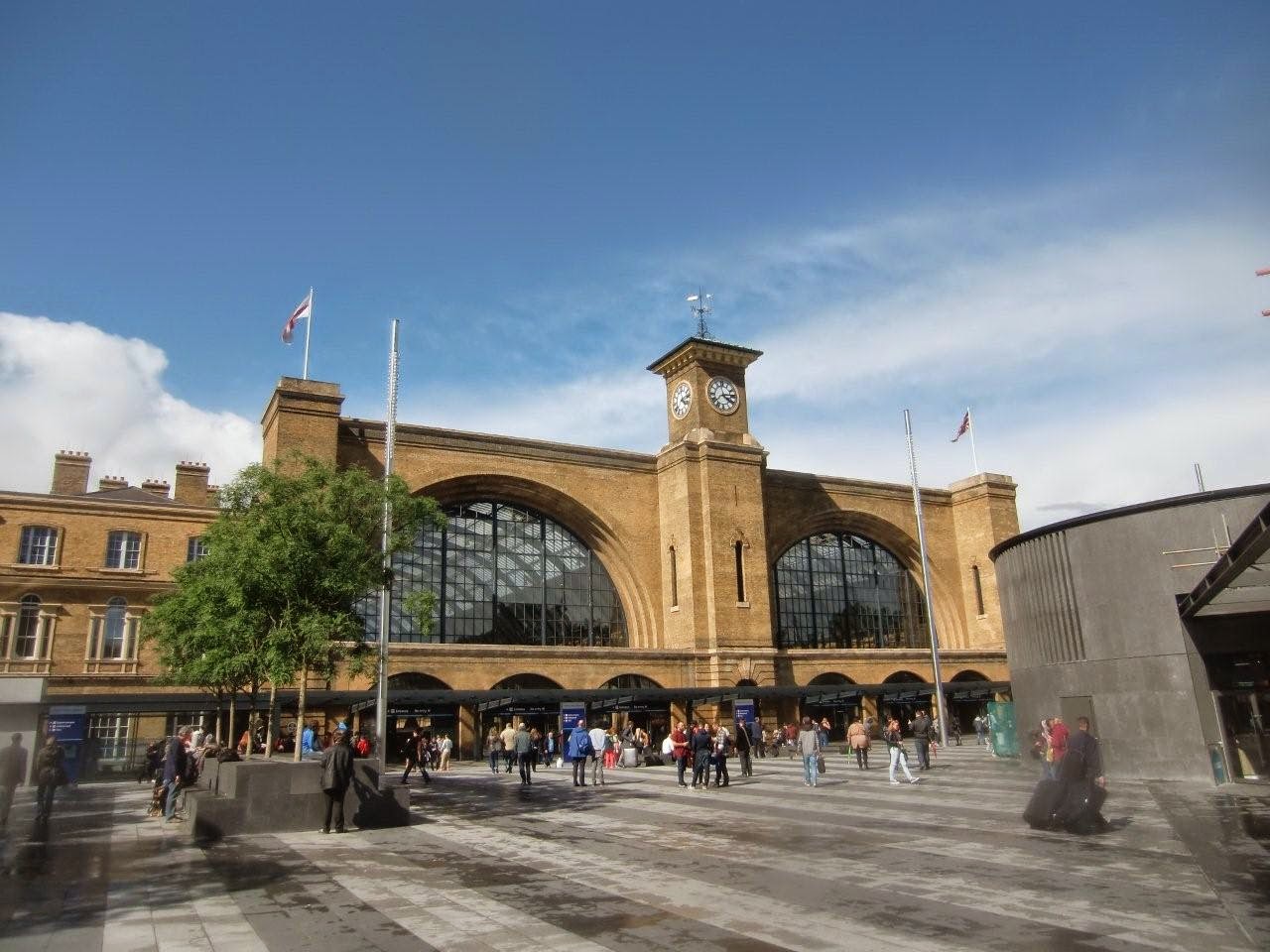 Surely, though, the Mail has a point when it tells “And guess where £675k-a-year boss is … at his holiday cottage in Cornwall”? Up to a point: no doubt, had Mark Carne turned up wearing his hi-vis, the more easily swayed media outlets would have, if not praised him, at least not kicked him so hard. But, unless he is actually needed to supervise the work trackside, there is no point in his being in the vicinity.

But what the heck, the Mail has pundits, and so pundits dispensing a little more ignorance is the solution. Up to the plate today has stepped unfunny and talentless churnalist Richard Littlejohn to whine “Newspapers and TV bulletins were full of graphic images of stranded rail passengers herded like cattle from London's King's Cross mainline terminal to Finsbury Park station”. Really?

Nobody was “herded” from King’s Cross to Finsbury Park. Had Dicky Windbag been a little closer to the action than his mansion in the comfortable Florida enclave of Vero Beach, he would have known that most passengers made their own way there. NR did not distinguish itself, but that is no excuse for the Mail to, once again, make it all up as it goes along, displaying the usual contempt for those minor things called facts.

Come on Mail hacks, you can do better than this. Except for Littlejohn, of course.
Posted by Tim Fenton at 10:20

I don't suppose anyone has the Mail front pages from when rail privatisation was announced and passed? Or their thoughts on the many and various warnings from trade unions about how Railtrack was going wrong so quickly in the early days (before it went very wrong indeed and had to be rescued as NR). Where was John Major when all these people were being messed about? Anyone demanding his knighthood be taken away?

The problem with the bonus structure is that it is a requirement of primary legislation that Network Rail has a bonus scheme to incentivise senior employees. This scheme is then approved by ORR - the regulator.

Government could change this, but doesnt want to do so. And theres nothing NR can do about it.

The beat-up is nonsensical, but Carne has buggered this from a PR point of view - one of the reasons he's paid half a million squids a year is precisely to be the man who has to pointlessly give up his Boxing Day in order to don a hi-vis and go around looking apologetic.

Surprised you didn't mention Michael Williams' unresearched and poorly informed piece in the same rag where he compared the Finsbury Park situation to Hillsborough before descending into an anti-HS2 rant, including another airing of the absurd notion that reopening the GCR main line would be a better alternative. A shame because rail reopenings in general would be a good thing but the whole concept is discredited when subjected to simplistic pontification by an ignoramus.

@ John Ruddy - alternative to bonuses being that the maximum possible bonus is just added on as salary regardless of performance reviews over the year. Bonuses are an alternative to higher basic salary rates