So Farewell Then Pa Broon

Last night, at the time of his own choosing, and in his own backyard, in the company of those who appreciate his long tenure as their MP, Gordon Brown formally and unequivocally announced that he was calling time on his Westminster career, and will not stand in next year’s General Election. Thus he will end 32 years as an MP, with 18 of those at the top of his party. 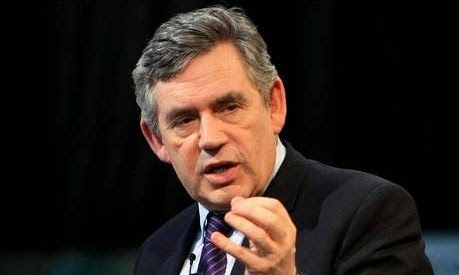 It was in 1992, after John Smith became Labour leader, that Brown first became Shadow Chancellor, giving the same torrid time to Norman Lamont as Smith gave to “Shagger” Major. He continued his role under Tone’s leadership, shadowing Ken Clarke and then entering Downing Street after the Blair landslide in 1997. And he was there throughout Labour’s time in power.

During those 13 years, he was subjected to criticism from the right-leaning press and their allies that often crossed the line into forthright abuse. But it was at the moment of his departure that the most telling, reluctantly honest and non-partisan words came pouring out of those who had often been so scathing in the past. It was as surprising and moving as it was revealing.

At the solidly – even smugly – Tory supporting Telegraph, Tim Stanley, who cannot reasonably be called anything but solidly conservative – asserts “Gordon Brown is a giant. He will be followed by pygmies” and describes “A man of considerable intelligence who was overwhelmed as prime minister by the thing that intelligent people understand least of all: events beyond their control”.

Even Quentin Letts (let’s not) at the Mail conceded that “Brown had a seriousness out of keeping with the age. He never used his children as political pawns. He was intensely private in a 21st century where other politicians splash themselves over the glossy magazines and tweet every minute of their pathetically humdrum lives” while saying of his temper “A few spin doctors felt bullied? Well, aw diddums”.

They are strangely close to the assessment by Jonathan Freedland in the Guardian, who reminds readers “His predecessor was always seen as the winner, but Brown retires having saved the pound, the global economy and the United Kingdom”. Indeed, when the Scottish referendum campaign looked as if it might result in a Yes vote, it was Brown’s unshakeable commitment that held the line.

There are those who will merely stand and sneer – as if we need to have the increasing cheapness of much political discourse confirmed – but the minimum wage, independence for the Bank of England, measures to tackle poverty, refusal to enter the European single currency, and chairing the G20 summit in 2009 when total financial meltdown was averted, were all down to him.

How pale Cameron the PR man, and Osborne the opportunist, look in comparison.
Posted by Tim Fenton at 12:20

Yes, it would hve been interesting to see what the right wing media would have made of a John Smith premiership.

No, actually I dread to think what they would have resorted to in desperation.

He never used his children as political pawns.

I'm afraid he did - and in almost exactly the same way as Dave habitually does with Little Ivan™.

You're surely thinking about The Sun who used them to sell newspapers?