So Farewell Then Alan Rusbridger

After twenty years in charge, Alan Rusbridger is to leave the editor’s chair at the Guardian and take charge of the Scott Trust, in which role he will replace Liz Forgan. He will be the third successive Guardian editor, after Alastair Hetherington and Peter Preston, to step down after 20 years at the top, although this is a long way short of Charles Prestwich Scott’s reign of 57 years. 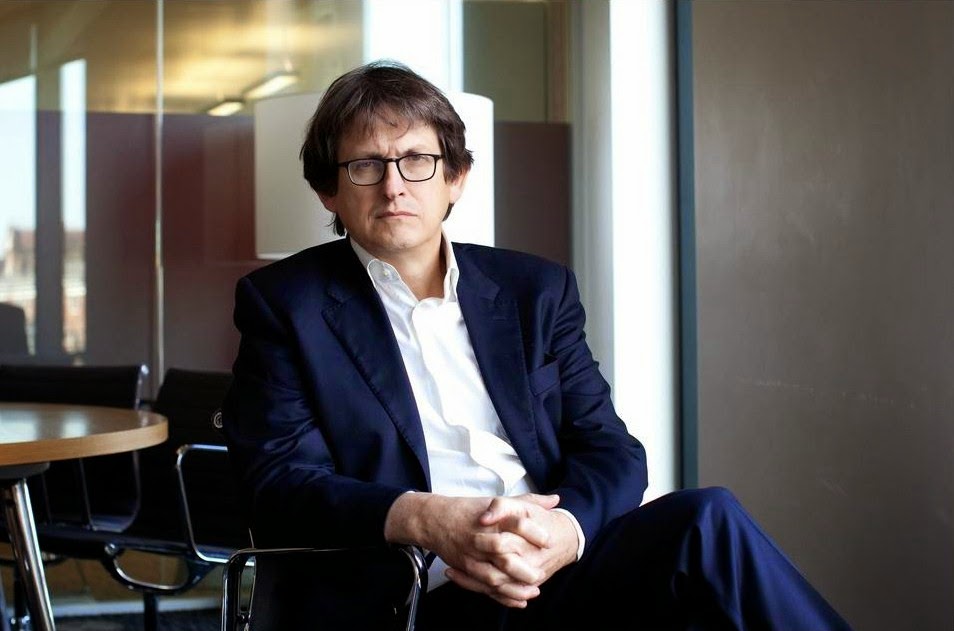 During Rusbridger’s years in charge, there have been frequent claims in that part of the Fourth Estate that despises the Guardian – those pure and unsullied oases bankrolled by Rupert Murdoch, the Barclay Brothers, Richard Desmond, Viscount Rothermere, and the board of Trinity Mirror – that the title, and sister paper The Observer, were on the rocks and facing closure.

Sadly for those generally hyperbolic and evidently ill-informed hacks and pundits, the paper, and Guardian Media Group (GMG) overall, are in no such state: Rusbridger moves to the Scott Trust at a time when its economic health is assured for many years to come. Moreover, he can look back on a tenure that began, and ended, with some of the most memorable journalism of modern times.

In 1995, “Shagger” Major’s Government, despite an improving economy, had reached popularity rock bottom. The taint of sleaze was everywhere, and the Guardian was in the vanguard of reporting on it. Jonathan Aitken and Neil Hamilton took action against the paper. Both lost. Their downfall undoubtedly made Major’s defeat in a landslide two years later even worse.

More recently, the paper triggered a train of events that revealed the name of Trafigura and let the world know about the Ivory Coast toxic dumping scandal. The revelations that came from Edward Snowden, about the scale of eavesdropping by the security services, brought condemnation from GCHQ’s conduits and poodles, but reignited the debate over overreach by Government agencies.

But the greatest service that Alan Rusbridger and his team did the public was to prise open the can of worms that was Phonehackgate. While the Murdoch empire and its clueless cheerleaders pretended this was some kind of “New Labour hit”, or “non story”, Nick Davies tirelessly worked away, ultimately calling out the now-defunct Screws for hacking a dead schoolgirl’s phone.

Without Davies’ persistence, and Rusbridger’s support, we might not have had the Leveson Inquiry, and we certainly would not have seen the Royal Charter on press regulation, which may yet give us a Fourth Estate that is not only free, but also accountable. For that alone, we should thank Alan Rusbridger. The cat-calling from those opposed to Leveson merely means we should thank him yet more.

The Guardian was named Newspaper Of The Year for 2014. Enough said.
Posted by Tim Fenton at 17:28

Also a rare Winner of the Pulitzer prize.

All that you say is true, yet the Guardian has slipped farther and farther to the right, and across the Antlantic.
Europe has been abandoned, and there appears at times to be a reluctance to annoy the US customers that they have been failing to attract. There has also been a marked reluctance to allow criticsm of the Israeli government to which I can't ascribe any motive, except perhaps the same need to avoid upsetting US readers.
Overall I can't say that I shall miss him, as the Scott Trust wasn't set up to inform US citizens, but UK ones.