While the loathsome Toby Young continues to tell anyone who will listen that Free Schools are A Very Good Thing, despite Michael “Oiky” Gove’s flagship project having gone more than a billion over budget, more of these harbingers of the Tories’ Brave New Academic World are running into trouble, while the national press manages to look the other way and leave it to the regionals. 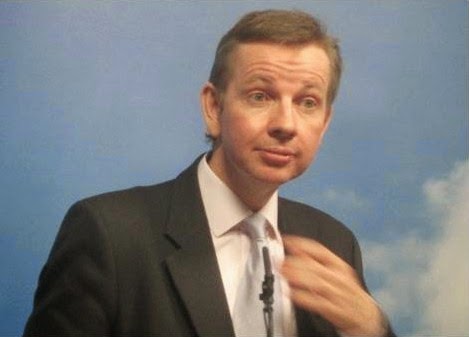 Here on Zelo Street, news has arrived from the West Midlands that a former Labour minister has joined his pals from across the aisle in experiencing A Little Local Difficulty: Jim Knight, formerly MP for South Dorset, and a schools minister under both Tone and Pa Broon, chaired a trust which sponsored Moor Green Primary School. The trust is closing down.

The closure, which follows a critical Ofsted report, means that the school no longer has a sponsor, so unless it can find one sharpish, it is as good as finished. “The future of a Birmingham academy has been thrown into doubt after the trust sponsoring the school closed down following a damning Ofsted report. Furious parents have now threatened to remove their children from Moor Green Primary School after the collapse of HTI Education Trust” reported the Birmingham Mail.

Moreover, there does not appear to be a coherent explanation, with Knight waffling “HTI Education Trust decided in September to close because it has not grown fast enough to generate the capacity to properly support schools ... The Trust has not wanted to disclose this until it has received clarity from the Department for Education about the future of Moor Green”. So he wasn’t telling why.

But the concerns of Ofsted were all too real: the school was categorised “inadequate”, and teacher skills were so poor that they “severely limit pupils’ achievement”. Ominously, “Partnerships between the academy and the Trust are too weak to drive improvement. Staff and governors have not received sufficient support from the Trust”. So the staff weren’t up to it and the trust was useless.

It got worse: “Pupils’ achievement is inadequate, particularly in writing and mathematics. Pupils’ behaviour is inadequate and their enjoyment of academy life are not consistently good. They are not enthusiastic learners. Attendance is low”. The head teacher jumped ship in September: “I chose to accept the headship at my new school for personal career progression”. In other words, to save his career.

But this failure has brought its own rewards for Knight, who is now “Managing Director - Online Learning at TES Global Ltd, and a Visiting Professor at the London Knowledge Lab of the Institute of Education in London”. Truly they also serve who foul things up. And no doubt more public money has been spent here.

Anyone wanting to know why Gove had to go need look no further.

[UPDATE 2040 hours: Moor Green Primary School is an academy, and not a Free School. I'm happy to correct that error.

However, and here we encounter a significantly sized however, the academy conversion was on Gove's watch - early last year - and so it is down to his, and the DfE's, appetite for forced academisation.

Academies, like Free Schools, are free of local authority control, and so, once again, it is either Whitehall that intervenes, or, as in this case, there is no intervention until Ofsted blows the whistle, by which time it may be too late.

My thanks for those who graciously pointed out that detail]
Posted by Tim Fenton at 17:26

Kings Academy in Bradford has been "rescued" bybthe Dixons Academy chain. I hope their first job is to renegotiate the eyewatering rent being paid for the land the school sits on.

The difference between Free Schools and academies can be really confusing e.g. some new academies set up by ARK and Harris are academies while others are Free Schools...but this isn't a Free School.

It was a school which became an academy in Jan 2013.

HTI also have another school - Over Hall Community School in Eddisbury, Cheshire which they took over in Sept 2013. Maybe ask what happens to them if HTI have gone?