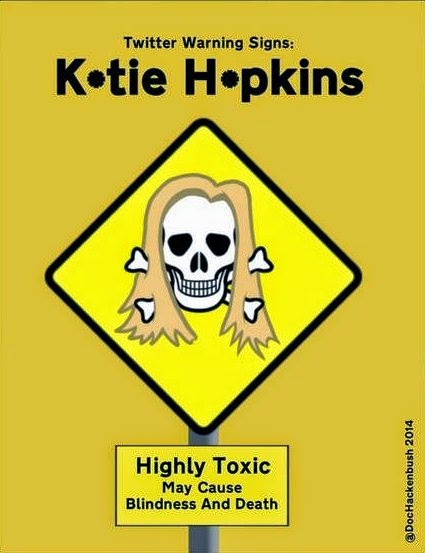 Frank Zappa recorded that song in the 1960s. Almost half a century later, along came Katie Hopkins as evidence that he was on the money, as she tore into anyone who was significantly overweight, in her usual, inimitable style, for one reason – that she put on three and a half stone and then lost it again, proving that shedding weight was not a problem. Well, it wasn’t a problem for her, anyway. 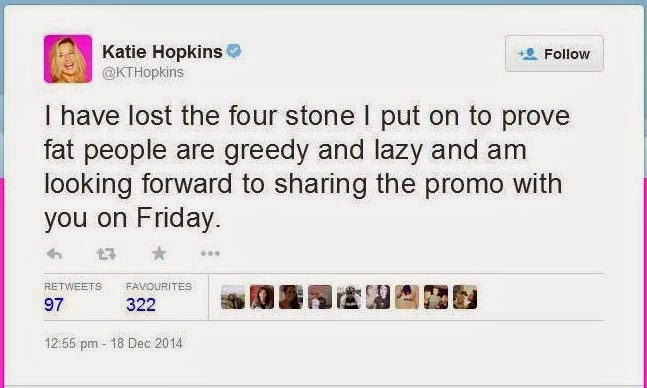 As Susanne Courtney warned, “The problem with her thinking, and like so many people’s I’ve encountered over three decades of being fat, thin and everything in between, is that it is based on a sample size of one, her. This programme, when it airs, will only show one thing: how easy or difficult Katie Hopkins finds it to put on and lose weight ... When it comes to weight everyone is different”. 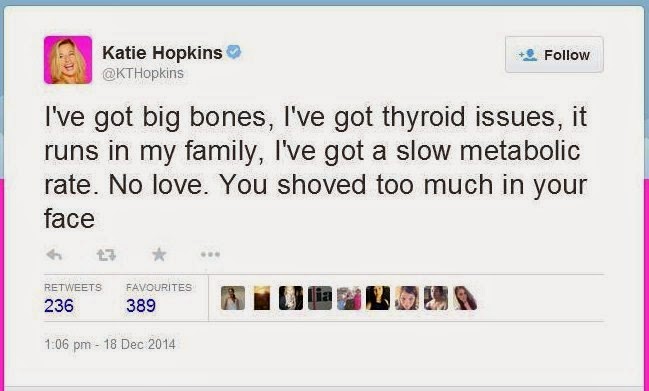 Tanya Gold put it bluntly: “This is a story about addiction. Sugar is more dangerous than the drugs we are taught to fear. We eat three times more sugar than we did 50 years ago. It is obviously addictive, and marketed at children by cartoon characters and other grotesques. These overweight children, of which a too-large proportion are poor, because bad food is cheap and swift and delicious, will grow to be overweight adults, and these overweight adults will die too young”. 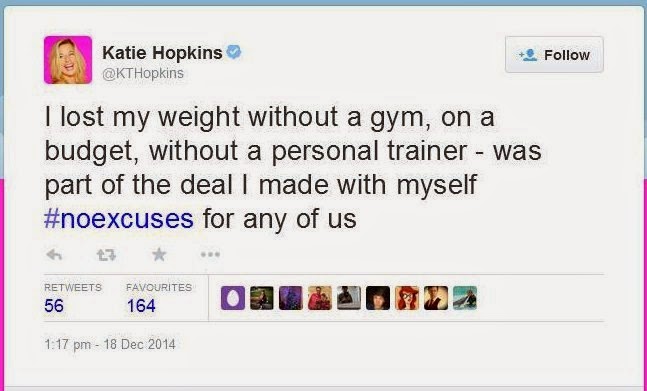 Even the Mail has sounded the alarm: “Fed Up, a film released in the US this week, predicts 95 per cent of Americans will be overweight or obese in the next two decades, unless something is done to tackle the so-called hidden sugars which appear in everyday foods”. Sugar and addiction. That’s a straightforward message. 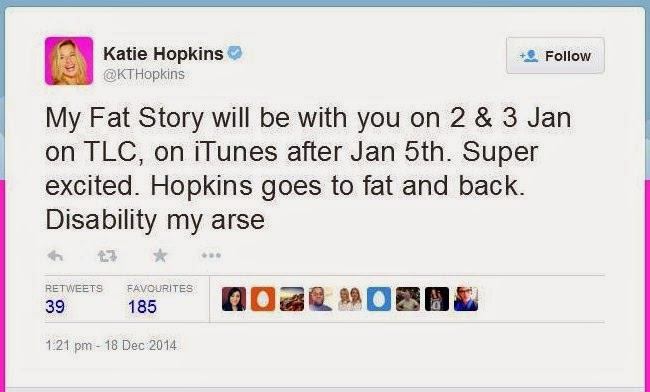 Liz Jones urged her readers “just read the book Fast Food Nation and tell me food has not been tampered with to ensure we all, particularly children, become addicted to what is bad for us. Being overweight is not a lifestyle choice”. But Katie was not listening. “Fat people are greedy and lazy ... you shoved too much in your mouth ... I lost my weight without a gym, on a budget”. 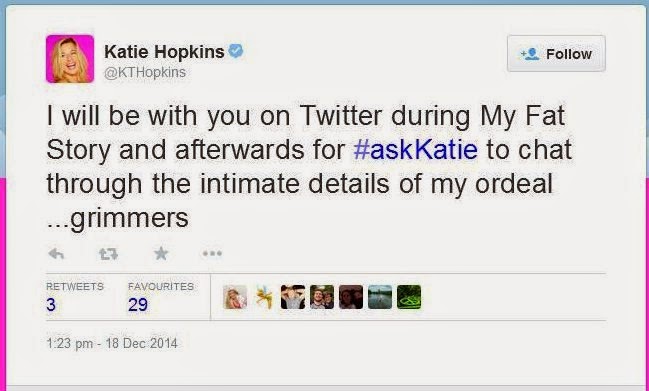 Such empathy, though, will not be on view to most of the population: “My Fat Story will be with you on 2 & 3 Jan on TLC ... I will be with you on Twitter”. Some might point out that this is a bit of a comedown from being on BBC1, but not Katie. She is always right, and her sample of one is the only solution.

Frank Zappa was right, too. The ugliest part of her body is indeed her mind.
Posted by Tim Fenton at 17:20

Seen on the television much too much,
"Writes" for The Sun with a vitriolic touch,
She "tell it like it is" as 'n apprentice would,
Fatties (like Guido?) are up to no good,
Katie, Katie Hopkins, Queen of the big foul mouth!