Moyes And Everton – The End

Football pundits have been scribbling furiously following yesterday’s unexpected exit of Everton from the FA Cup. Bundled out 3-0 by Wigan Athletic, who themselves had been handed a 4-0 thrashing at home by the Toffees’ Merseyside neighbours Liverpool only the previous week, the talk was of a “Middlesbrough moment” for manager David Moyes. 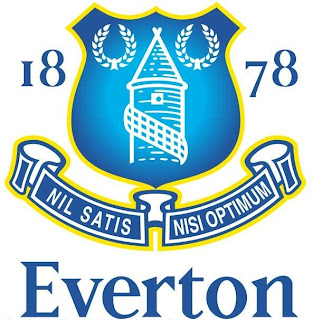 Well, yes and no: chairman Bill Kenwright is most unlikely to sack Moyes, whose length of tenure at the club is eclipsed in recent years only by Harry Catterick (the Middlesbrough reference looks back at another 3-0 cup exit back in 2002, and the subsequent sacking of previous manager Walter Smith). But that doesn’t mean the manager will be sticking around.

Circumstances are rather different to those that faced Smith in 2002: Everton’s league position is far more secure – they’re still ahead of Liverpool this term – and the cup exit was very much a one-off result. Back then, they nearly didn’t get to Middlesbrough: Crewe Alex came close to winning at Goodison Park and opened the scoring in the replay at Gresty Road.

The Alex were at the time in the division below Everton – and that season they were relegated. That then teenager Dean Ashton had come close to putting them out at home was not a good sign for Smith. So it would be a surprise to see Moyes following his predecessor in getting the boot. But there are other factors in what will happen at the end of the season.

Moyes has been offered a new contract by Everton. He has, however, held off from signing it. Thus the mood of uncertainty. That inevitably gets back to the players, and some of yesterday’s performances gave that impression. The Moyes of old, who was on a mission to take the club somewhere, looks to have become disillusioned, to have concluded he cannot do any more.

He had earlier talked of Everton ideally “getting to the summit or getting around the summit”. I suspect what we saw yesterday was a symptom of his concluding that he would not get to that summit with the club. It is not for want of trying or lack of ability: no other manager could have bettered what Moyes has achieved at Goodison Park. No-one else would have come close.

My feeling is that, come the end of the season, Moyes will walk away. And that will be a terribly, terribly sad day for Everton Football Club. Has he been offered a berth somewhere else? Who knows? But it is looking increasingly that his journey on Merseyside has come to an end.