Christianity Still Not Under Attack

Back in October 2011, the Mail found an ideal ally in their pretend “War on Christianity” in former Archbishop of Canterbury George Carey, who would sign up to the least promising idea on the say-so of Mail hacks and pundits. So when the wholly untrue “BBC Turns Its Back On Year Of Our Lord” tale was spun, there was Carey to add his voice to the Why-Oh-Why brigade. 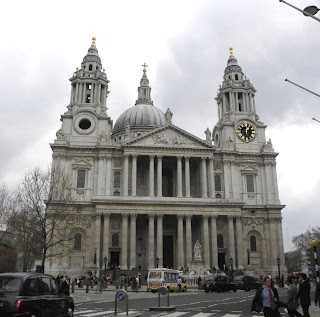 “Why are we letting the BBC abandon the Year of our Lord?” pleaded Carey, managing not to notice he was lining up with such paragons of probity as James “saviour of Western civilisation” Delingpole, who had previously contributed the magnificently batshit “How the BBC fell for a Marxist plot to destroy civilisation from within” to the same debate.

Thus assured of his loyalty to the cause even when the Mail was blatantly bearing false witness (still, what’s a mere commandment to a former ABC, eh?), Carey was back early last year with “As a judge bans prayers at council meetings, a former Archbishop of Canterbury warns that our faith is under siege”. This also has the advantage of assuming the Mail’s readership is uniformly Christian.

The idea that a religion that 33 million people in the UK identify with, and whose bishops sit in the legislature, and whose head of the church in England also happens to be the head of state, is “under siege” is so obviously outside the bounds of credibility that one wonders why the Mail bothers – until one understands that this is just another way of frightening the readers.

So Carey was wheeled out once more for the marriage equality debate, with the dubious support of Amanda Bloody Platell, who told how those standing up for the union of one man with one woman were the victims of hate campaigns, which of course are different from the hate campaigns started as a result of attacks by her fellow pundits at the Mail.

Thus we arrive at today’s thundering front page denunciation of Young Dave: “Cameron Accused Of Betraying Christians”. Carey’s message is that he likes Cameron, but – and it’s clearly a big but. “According to a new ComRes poll more than two-thirds of Christians feel that they are part of a ‘persecuted minority’”. Fortunately, Full Fact have got hold of the relevant question.

And that question was couched thus: “Do you agree or disagree with these statements? ... I sometimes or often feel a member of a persecuted minority because of the constraints on religious expression in this country?”. Loaded not much, then. When Christians really are being persecuted – no church burnings were reported today – Carey and his new pals in the Dacre empire might become credible.

Until then, they won’t. But it keeps the readers in line, so that’s all right, then.
Posted by Tim Fenton at 16:30

The Daily Mash had their own version of the ComRes poll that can be found here :)