Today it is unseasonably cold, along with a biting easterly wind. This late blast of icy weather means only one thing: the climate change denial lobby out in force. “Green posturing and the great gas fiasco” howled Mail On Sunday Comment, before not trying to panic the readers, oh no: “analysts warned that Britain’s gas reserves could run out in only 36 hours”. Which is bullshit. 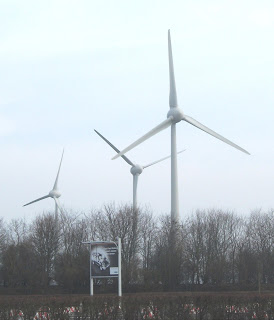 We know this, thanks to the deeply subversive Guardian: “Forecasts suggest that gas supplies in the UK could theoretically be exhausted by 8 April” [my emphasis]. But they’re not for calming down: “Zealots who will let the lights go out” howls yet another Mail On Sunday Comment, describing a “virtual takeover of Whitehall by green zealots” and demanding that fracking starts immediately.

But these are mere warm up artists for a rantfest to satisfy the most discerning rant connoisseur, served up by Christopher Booker in the Telegraph. “It’s payback time for our insane energy policy” he whines, to the evident approval of his apprentice James “saviour of Western civilisation” Delingpole. Sadly, Booker has once again indulged in telling a number of whoppers to make his point.

“We have barely 48 hours’ worth of stored gas left” he states, which is an odd way of describing two and a half weeks, following that with “we lost two more major coal-fired power stations, Didcot A and Cockenzie, capable of contributing no less than a tenth to our average electricity demands”. Then he tells that Drax power station delivers 7% of that demand (which is correct).

Then we get the canard about wind power needing a constantly spinning gas fired reserve (we don’t) before an increasingly desperate Booker lashes out at the Government – which isn’t listening to him – calling them “feather-headed lunatics”. And on the subject of wind power: “no company would build wind farms unless it is given subsidies that, in effect, nearly double or treble the price of its electricity”.

Let’s just look over at the USA, shall we? US Energy Information Administration Annual Energy Outlook 2012, to be precise. Table 1 shows “Estimated Levelized Cost of New Generation Resources” for plants entering service in 2017. Conventional Coal = 97.7. Wind = 96.0. That means wind is estimated, over the life cycle of the generator, to be less expensive than coal.

Who was that “feather-headed lunatic”? Booker caught lying yet again.
Posted by Tim Fenton at 17:28

James Delingpole ‏@JamesDelingpole 24 Mar @JMK1043 Impertinent tosser. Since when did you earn the right to address me thus? Who are you anyway?

JMK ‏@JMK1043 24 Mar @JamesDelingpole Sorry James. I was complimenting him and you. Apologies again.

I'd have thought it fairly obvious what JMK's point was but in Delingpole's hyper-paranoiac world anything other than obvious praise or agreement is automatically assumed to be abuse.