After former Screws and Daily Mirror editor Piers Morgan decided he would not after all be hosting the Royal Television Society Programme Awards next month, he spent rather too much time telling anyone who would listen how he wasn’t sore about it, no sirree. Then, though, as Morgan is very much an Old Media person at heart, the Old Media had inevitably to ride to his rescue, if only to prop up his badly deflated ego. 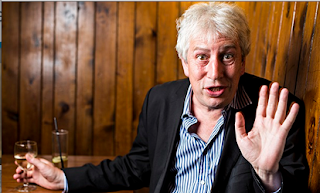 And so it came to pass that Old Media has-been Rod Liddle used his latest Sun column - totally of his own volition, and not because he got leaned on by the twinkle-toed yet domestically combative Rebekah Brooks, oh no - to hit back at those rotten lefties who allegedly did his pal Piers in. “Trolling Piers Morgan for liking Donald Trump? You really must be a looney” he ranted (mental health smear: check!).

Telling anyone reading “A bunch of luvvies have suddenly decided the broadcaster is not worthy to host the Royal Television Society Programme Awards”, which is mere speculation, Liddle goes on to fib “You’re not going to lose an enormous amount of sleep over that … I don’t suppose Piers Morgan will lose much sleep over it either”. Like heck - see the Zelo Street post showcasing Morgan’s sore loser act right HERE. 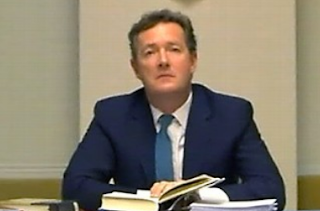 Mr Happy wants you to know HE IS STILL HAPPY

Then he resorts to making it up: “A bunch of luvvies have decided he was not fit to represent them at the show … They got up a petition. They tweeted vigorously, their little fingers tap, tap tapping away … They made it clear there would be trouble if Morgan was allowed to present”. Yeah, right. The petition got fewer than 200 signatures before Morgan threw in the towel. It had zero effect on his decision. 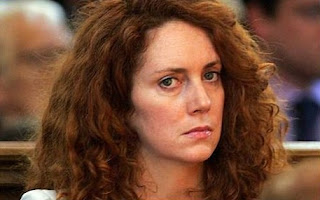 She's got nothing to do with this. Allegedly

Who is this “they”? You’ll love this: “THEM, the slebs … One of the shrieking protesters was the playwright Bonnie Greer … She said she would not sit down at a dinner table with Morgan”. Baloney. Ms Greer - who, not that Liddle is telling his audience, is one of the RTS judges - said she was not going to attend the dinner. She said nothing about sitting in anyone else’s company. Then we get the real reason for Liddle’s rant.

“Whatever you think of Morgan (and he’s no great mate of mine), he is a brilliant broadcaster”. And there he sold the pass: this is a column written to order by Morgan’s Old Media establishment pals. And Rod Liddle still hasn’t got a clue why Morgan decided not to present. So I will give you all a hint on why he pulled out.

One, the petition had no effect. Two, many RTS members voiced their concerns, not about Morgan’s Trump fanboy behaviour, but his incessant use of any opportunity to publicise his favourite cause, which is Himself Personally Now. Three, with more hacking claims coming up against the Mirror titles - including the one which he edited - it was not seen as a good idea having him as some kind of example to others. And Four, his name crops up more than occasionally in the upcoming book on the Daniel Morgan killing.

Rod Liddle could have bothered himself to find out why Piers Morgan was given the chance to jump before he got pushed from hosting the RTS Programme Awards. He failed to do so - but then, he had his orders. He gets generously paid by the Murdoch mafiosi, but when the word comes down from the 13th floor to jump, the only question he is permitted to ask is “how high?” Still, it’s OK for a passed-over Major, I suppose.
Posted by Tim Fenton at 16:06

Any day now the tory dope is going to disappear up his own arse. Which is good news for all human beings but bad news for his wine soaked arse.

As one of those less than 200 signatories, the last time I checked I didn't seem to be a luvvy of any description...

Are you and Trump by chance related?