The Commons finally got to debate the subject of Britain’s departure from the EU yesterday, and there to pass judgment was the obedient hackery of the legendarily foul mouthed Paul Dacre. Anyone who deviated from the Mail’s approved line would find themselves on the receiving end of severely adverse comment, not that the Vagina Monologue has a problem with free speech, you understand. 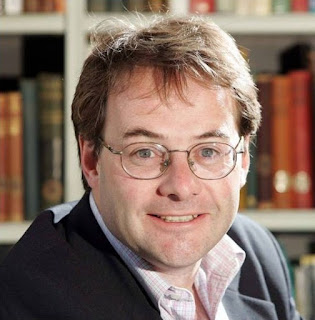 So when veteran pro-European Tory Ken Clarke got to his feet to deliver a good-humoured, reasoned, passionate and persuasive valedictory speech on why he would continue to speak in favour of the EU, and vote against the Government, there was the odious Quentin Letts (let’s not) to deliver his customary sneering put-down.

The dismissive hypocrisy of Dacre’s most obedient poodle was evident from the off: “A diminishing handful of pro-Brussels partisans still held out the fragile hope we might yet stay in the Union. Ken Clarke and Nick Clegg hinted at that. Mr Clegg attacked the Eurosceptic ‘elite’. Ha! That earned long laughter”. So says a pundit who is, and has been for many years, part of the press establishment, the very elite of the Fourth Estate.

But Letts’ most withering tone was reserved for Clarke: after all, his had been the speech that had galvanised so many of the press. “Mr Clarke, purple and quavery, was indulged. On a day when most backbenchers were limited to less than six minutes, he was allowed to burble away for 17 … Though he was clapped by Labour, we will remember his long career for finer moments than this pitiful harrumph”. Letts was in a minority of one.

The reason for the sneering ridicule can be seen by consulting Hansard - which the Mail has not yet managed to denigrate - and see what old Ken actually said. Much of it bears repetition, if only because the cowards at Northcliffe House dare not repeat it.

He reminded his fellow Parliamentarians of how we came to join he EEC: “I believe that membership of the European Union was the way in which we got out of the appalling state we were in when we discovered after Suez that we had no role in the world that we were clear about once we had lost our empire, and that our economy was becoming a laughing stock because we were falling behind the countries on the continent that had been devastated in the war but appeared to have a better way of proceeding than we did”.

The realisation that countries like West Germany, as it was then, were rapidly overtaking Britain came too late. When then Liberal leader Joe Grimond - who Clarke might remember - warned the Commons in 1960 that it was already too late, there was still a mood of Britain being a great power, not needing to go in with these ghastly foreigners. 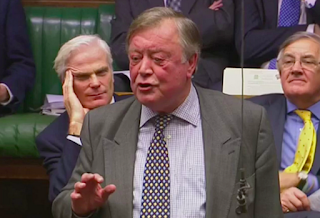 But back to Ken Clarke: “I believe that our membership of the European Union restored to us our national self-confidence and gave us a political role in the world, as a leading member of the Union, which made us more valuable to our allies such as the United States, and made our rivals, such as the Russians, take us more seriously because of our leadership role in the European Union. It helped to reinforce our own values as well. Our economy benefited enormously”. He also cited one figure the Eurosceptics revere.

“The Thatcher Government led the way in the creation of the single market. The customs union - the so-called common market - had served its purpose, but regulatory barriers matter more than tariffs in the modern world. But for the Thatcher Government, the others would not have been induced to remove those barriers, and I think that the British benefited more from the single market than any other member state. It has contributed to our comparative economic success today”. And he poured scorn on the loyalty argument.

“I would point out to those who say that I am somehow being disloyal to my party by not voting in favour of this Bill that I am merely propounding the official policy of the Conservative party for 50 years until 23 June 2016. I admire my colleagues who can suddenly become enthusiastic Brexiteers, having seen a light on the road to Damascus on the day that the vote was cast, but I am afraid that that light has been denied me”.

On the question of free trade - a touchstone of Conservatism - he was not optimistic: “We were the leading advocate of liberal economic policies among the European powers for many years, so we are free traders. It seems to me unarguable that if we put between us and the biggest free market in the world new tariffs, new regulatory barriers, new customs procedures, certificates of origin and so on, we are bound to be weakening the economic position from what it would otherwise have been”.

And he was scornful of the promised wonders of going it alone: “I am told that that view is pessimistic, and that we are combining withdrawal from the single market and the customs union with a great new globalised future that offers tremendous opportunities for us. Apparently, when we follow the rabbit down the hole, we will emerge in a wonderland where, suddenly, countries throughout the world are queuing up to give us trading advantages and access to their markets that we were never able to achieve as part of the European Union”. The Lewis Carroll analogy continued.

“Let me not be too cynical; I hope that that is right. I do want the best outcome for the United Kingdom from this process. No doubt somewhere a hatter is holding a tea party with a dormouse in the teapot”. He concluded with this telling coda: “I personally shall be voting with my conscience content, and when we see what unfolds hereafter as we leave the European Union, I hope that the consciences of other Members of Parliament will remain equally content”. Small wonder many of his one-time foes applauded.

And small wonder that Quentin Letts, another of those who has always been able to pontificate on the machinations of politicians without bearing any of the responsibilities, has relayed none of that to his readers. Clarke summed up quite magnificently why we joined the then EEC, how it has significantly benefited Britain, and why it would be the height of foolishness to throw those benefits away.

Mere hacks and pundits can sniff all they like, but the Mail’s shower would not reach up to Ken Clarke’s ankles. That is why they are so frightened of letting their readers know just what he said to the Commons yesterday, and why those words will return to haunt them.
Posted by Tim Fenton at 13:33

He was only doing his job (jobsworth?).

The Daily Mail is a "newspaper" only in that it reports the news that the meet the editor's prejudices.

Like Ms May for her brexit strategy, Mr Letts has to appease his employer to get a decent deal in his pay packet.

That's my generous view on a singular uninformed, unresearched and prejudiced basis as pioneered by The Sun aka The Fake News Chronicle and its media counterpart Fox News.

I recorded most of the debate and watched it when I got in last night. When it came to Clarke's "contribution" I almost vomited. Lest we forget:

There have been nine British governments from (and including) 1979. Irrespective of party labels, all of them have been right wing authoritarian of the worst type. Clarke has supported almost all of the worst aspects.

The result has been illegal foreign wars and mass murders, a “Union” on the verge of disintegration, a demonstrably corrupt and immoral system of government, deliberate impoverishment of whole swathes of the country, destruction of communities, mass unemployment disguised as “zero hours contracts,” emasculation of the trades union movement, a quarter of the population in poverty, a massive increase in private debt, begging in the streets, deliberate destruction of social housing programmes, slow privatisation of the National Health Service, selling off essential utilities to profiteers, the outright scam of PFIs, steady erosion of privacy in favour of a surveillance state, an increase in homelessness, corruption and monopoly ownership of mainstream media in favour of far right propaganda, absurd sums spent on mass murdering nuclear weapons, betrayal of the Labour Party by a treacherous New Labour faction, and in 2008 the biggest economic disaster since 1929 – once again predictably caused by the same old cabal of thieving bankers.

So......Kenneth Clarke? A disgusting piece of hypocritical detritus. True, a speech which was a tour de force for the House of Commons. But then this is a thoroughly corrupt House of Scoundrels who willingly confuse Clarke's type of bullshit with sincerity and accept obvious lies as an excuse for social mayhem. A House that accepts and praises barrow boys-on-the-make like Hilary "Bomber" Benn.

Pass the sick bag, Treezer. It's all you and your cohorts are worth. Including Clarke.

I assume it is actually Dacre who has "put about" the story of his potential sacking during the referendum campaign as a way of trying to guarantee his position (and his pay packet!) as he dodders towards his seventieth birthday. The hypocrisy of the "free press" claim is overwhelming.